Pennsylvanian metalcore quintet August Burns Red will be returning to Australia in October to celebrate their 10 year anniversary of their third studio album ‘Constellations’ as part of their worldwide tour and today, they’ve announced Melbourne’s Alpha Wolf as the support act on all Australian dates.

Alpha Wolf have always played like they have nothing to lose, and everything to prove. 2018 saw the band come out swinging with their new single Black Mamba, selling out their launch show within 5 days of it being on sale, and then taking their solidified line up on the road to show Australia why they need to pay attention. Alpha Wolf have found the perfect mix of heavy and groove, providing the perfect soundscape for their intensely personal lyrics.

This year has seen the band step things up again, announcing their signing to SharpTone Records for the world outside Australia, as well as smashing their first European tour supporting Emmure, as well as playing the Impericon Festivals to crowds of up to 10,000 fans. Coming home, the band sold out their entire Australian headline run, including their home town show at Stay Gold in four days. With an Asian tour around the corner, and so much left to announce for the rest of the year, the five piece show no signs of slowing down.

The 10 Years Of Constellations 2019 Australian Tour will hit all major cities across Australia. Singles,White Washed and Marianas Trench has amassed over 22 million streams combined on Spotify alone. The 2009 release debut at 24 in the Billboard Top 200 and had critics talking. Alternative Press said “This is a fierce, punishing album loaded with muscular breakdowns, screaming guitar leads and ass-kicking double-bass-drum thunder.” While AllMusic said “PA-based quintet continues to reach for new levels of technical prowess and musical sophistication without losing its brutal attack and apocalyptic.”

The GRAMMY® Award-nominated heavy music torchbearers began their journey back in 2003 with marathon jam sessions on a farm belonging to Greiner’s family in the egg refrigerator. Embracing a diehard Rust Belt work ethic, they tirelessly pushed towards the top of heavy music with a series of critically acclaimed albums and countless gigs.

VIP and general admission tickets are on sale now.

Mark this one in your calendar as this is one you won’t want to miss.

Tickets on sale now at www.tickets.destroyalllines.com 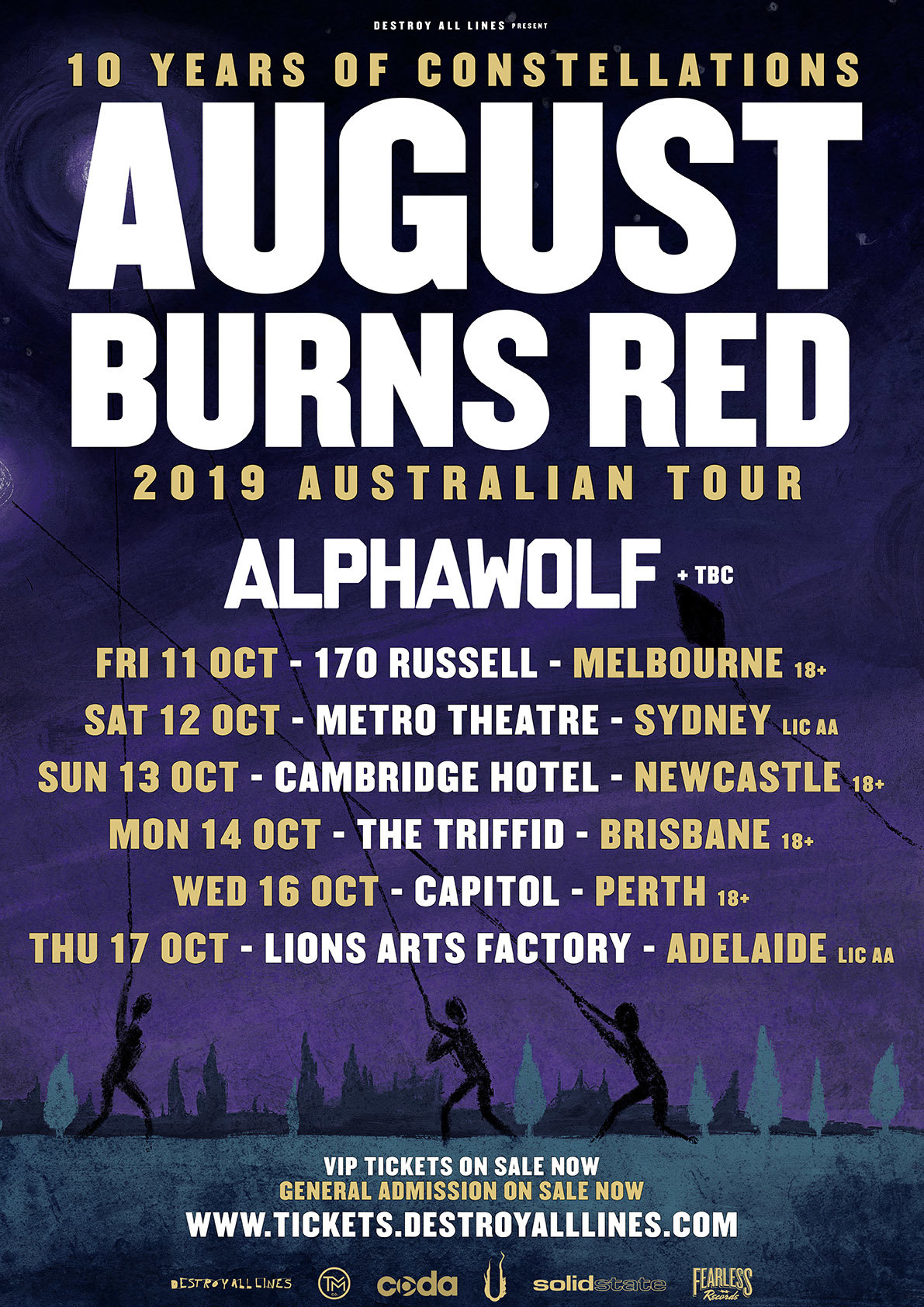