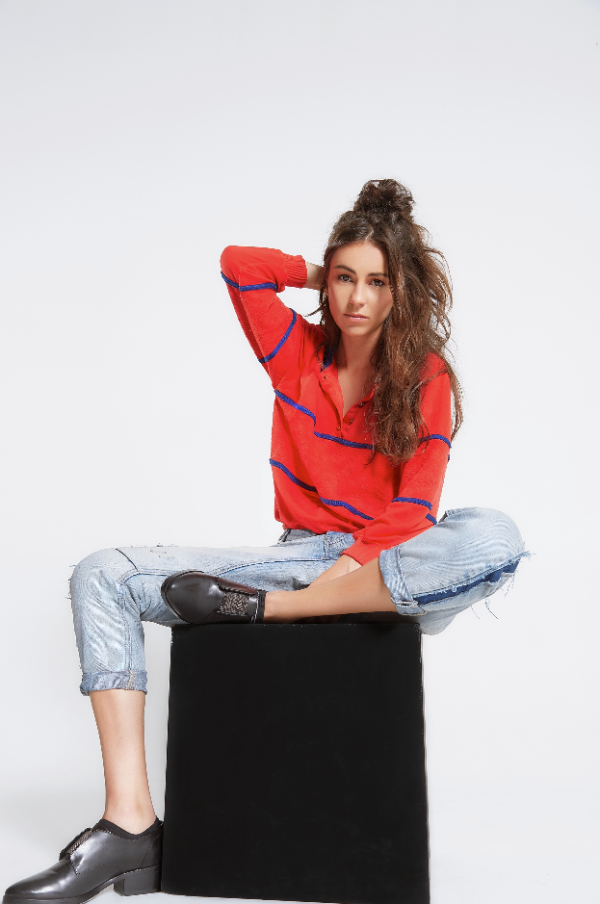 After taking over the airways, charts and our hearts for almost all of 2018, Australia’s reigning queen of pop AMY SHARK has confirmed additional shows in Western Australia on Saturday May 4 at Fremantle Arts Centre and Brisbane’s iconic Riverstage on Friday May 17 – joined by special guests Slowly Slowly and Erthlings.

My Live Nation members can secure tickets during the pre-sale beginning 10am Wednesday, January 16 until 10am Thursday, January 17.

After announcing two of the biggest shows in her career at the close of 2018, Amy has already SOLD OUT Melbourne’s Margaret Court Arena in just a matter of weeks. Her debut/breakthrough, #1 ARIA album “Love Monster” claimed four ARIA awards for “Album of the Year”, “Best Female Artist”, “Best Pop Release”, “Best Producer’ [Dann Hume] – and was nominated for another five.

It has been a huge few years for the ‘I Said Hi’ singer, who spent the better part of a decade making music before breaking through via triple j in 2016 with her track ‘Adore’. After it’s No. 2 spot in triple j’s Hottest 100 in 2017, the track went four times platinum in Australia and quickly became an award magnet – claiming Best Pop release and Breakthrough Artist at the 2017 ARIA Awards, an APRA Award for Pop Work of the Year and prizewinner of the prestigious Vanda and Young songwriting competition. Amy also became the first-ever Australian Apple Music ‘Up Next’ Artist, a title that launched her onto the stage of The Late Late Show with James Corden and The Tonight Show Starring Jimmy Fallon.

In 2018 Amy’s success story continued to grow with the release of her highly anticipated and hotly received debut album, “Love Monster” – now certified Gold and nominated for 9x ARIA Awards including, Album Of The Year, Best Female Artist, Best Video and Best Live Act. Her hit singles ‘All Loved Up’ was certified Gold, while her triple Platinum ‘I Said Hi’ hit #1 on iTunes, #1 on the Shazam Top 100 AU chart and #1 on the airplay charts – making Amy Shark the highest-charting Australian act since 2016.

In a full circle moment, “Love Monster” and her success of 2018, has become a statement on those who said she’d never make it – now a resounding anthem for the next generation ready to have their songs head by the masses. These two whopping big performances in May 2019 sees Amy joined by Melbourne rock band Slowly Slowly and the up-and-coming teenage Sydney fourpiece Erthlings – a showcase of rising Australian talent alongside a standout artist who’s dominating presence shows no signs of slowing down anytime soon.

MARGARET COURT ARENA, MELBOURNE (ALL AGES)
SATURDAY MAY 11 – SOLD OUT!