“The junk drawer in your house if it was music: bewildering and wondrous.”
NYLON

“An effortless showcase of the band’s ability to melt the boundaries of their music, infusing every release with an experimental flare.”
The Line of Best Fit

“altopalo’s second album is the rich affirmation of their status as one of the most original bands working today.”
Clash Magazine

On their 2018 debut record, frozenthere, the four-piece decontextualised their traditional instruments into atmospherics and walls of sound, earning them praise from Pitchfork, The FADER, Billboard,Consequence of Sound and more. Grounded in their experience as well-worn session players and touring musicians, they now hone and expand upon that sound throughoutfarawayfromeveryoneyouknow, opening up new avenues for their music, from the languid indie rock of lead single ‘honey’, to the deep, danceable grooves of ‘nocturne’, the chopped-up soul of ‘lub’ and the gleaming, evocative intimacy of instrumental closer ‘now that youre here…’. The band’s idiosyncratic recording process, made up of long improvisations, recorded in full before being whittled down into different loops, progressions and fragments, is likened by Treacy as altopalo creating, pulling apart and then trying to piece a jigsaw puzzle back together again.

If  frozenthere was a record which induced introspection, their second full-length reveals a more human side to altopalo. Described by the foursome as “ruminations on a transitional period”,farawayfromeveryoneyouknow represents something of a rebirth across its 14 tracks. Beneath the band’s prismatic experimentalism, the record deals with distinctly humanist themes of anxiety, embracing your fears and the rejection of self-care as a crude project or lifestyle brand.

To record their sophomore LP, the band decamped from their homebase of Brooklyn to a shuttered house on the edge of a frozen lake in Porter, a small town of 5000 in the northern reaches of Indiana, some 750 miles away from New York. That wintery isolation creeps into every crevice of their second album; as the band’s mangled textures of guitars and synthesisers draw the listener into their mesmerising and constantly shifting soundscapes, their music increasingly feels like an alien transmission from some far-off, icy, solitary place. farawayfromeveryoneyouknow plays like the elusive spiral of solitude, slowly opening itself up to the listener, revealing more depths to its tricks and beauty as it morphs into different shapes, an enigma that’s trying to solve itself. 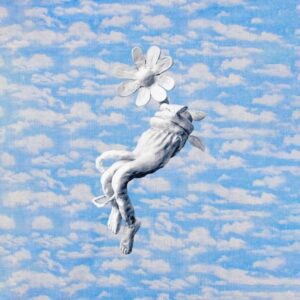