AM I AM’ | FORTHCOMING LP

New York experimentalist four-piece Altopalo today share their latest track, ‘am i am’, the second single to be lifted from their forthcoming second record, farawayfromeveryoneyouknow, out April 24 viaSamedi Records. Listen HERE.

The opening track off the album, ‘am i am’ follows lead single ‘honey’, unearthing some previously buried pop smarts from the quartet amidst the track’s clattering percussion, startling dynamic shifts and tinkering instrumental.

Veterans of the New York underground scene, the four members of Altopalo disintegrate the boundaries of genre, folding in elements of electronica, ambient and jazz through their deconstructionist approach to indie rock reminiscent of artists such as Bon Iver, Moses Sumney and King Krule.

Described by the foursome as “ruminations on a transitional period”, their second full-length reveals a more human side to Altopalo than was on show throughout their introspective debut, representing something of a rebirth. Beneath their alien musical transmissions, they deal with thoroughly modern themes of anxiety, embracing your fears and the rejection of self-care as lifestyle brand

“‘am i am’ is about being full of shit”, the band say, likening the track’s subject to “Thoreau with a supermarket. A manchild with a trust fund googling his way through the wilderness after watching The Revenant.”

On the band’s 2018 debut LP, frozenthere, which garnered praise from Pitchfork, Fader, Billboard, Consequence of Sound and more, they decontextualised their instruments into atmospherics and walls of sound. Their recording process, made up of long improvisations, recorded in full before being whittled down into loops, progressions and fragments, is best thought of as Altopalo creating, pulling apart and then trying to piece a jigsaw puzzle back together again. Now, on farawayfromeveryoneyouknow, they hone and expand that sound, opening up new avenues for their music through their dizzying experimentalism.

On the process behind ‘am i am’, the band say: “The instrumental for this song got almost fully realized in one day. The four of us got started with the wonky guitar part and obliterated drums that start the song. Mike threaded a playing card between his guitar strings and played some nice chords. Jesse found a usb-outfitted nintendo 64 controller in the trash and programmed it to trigger some destroyed drum sounds. Dillon played some real drums before Mike drove him to JFK… By the time Mike got back to the studio, the song was well on its way to the form you hear now.”

‘am i am’ by Altopalo is out now, buy/stream it here.
farawayfromeveryoneyouknow is out April 24. 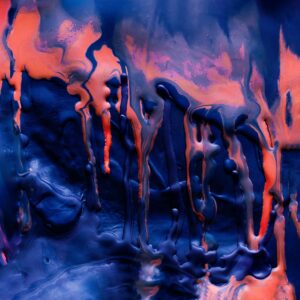