Gritty, brash and completely unbounded, Agung Mango’s music pushes the sonic limits of what we’ve come to know from Australian hip hop, drawing on experimental rap, punk, jazz and alternative R&B. On the mic, he channels the ferocious presence of Denzel Curry and the unapologetic, punk posturing of slowthai, demonstrating an ability to move through flows, cadences and genres like no one else.

Produced by frequent collaborator DoloRRes, who also worked on his latest single, ‘RODENT’, ‘Little Bum’ matches Agung’s anarchic energy with a spasmodic and unpredictable beat, a melee of distorted guitars and hard-hitting percussion. His vocals, meanwhile, swerve between falsetto and a full-throated growl, sounding as though he were a man possessed; utterly sure of himself; invincible.

Of the track, Agung shares that: “Little Bum tells the story of a young, aspiring artist who’s beginning to reap the rewards of his hard work. Whilst he’s on a steady journey to success, he finds himself still having to prove to his parents that the career path he’s chosen can provide him with stability and security.”

Debuting in 2017, Agung Mango quickly established himself as one of the most exciting artists to bubble up from Australia’s underground rap scene. Since then, an embarrassment of standalone singles, including ‘TOUGHSKIN’ and ‘RODENT’, as well as a collaborative EP with local crew 3K, has seen his mainstream stature rise steadily higher and higher, leading to appearances at Laneway Festival, Spilt Milk and Golden Plains, support slots for Wiki and Milan Ring, as well as praise from the likes of Acclaim, Purple Sneakers and triple j Unearthed, who bestowed him with their coveted Feature Artist tag in early 2020.

‘Little Bum’ by Agung Mango is out now, buy/stream it here. Official Single Artwork Below 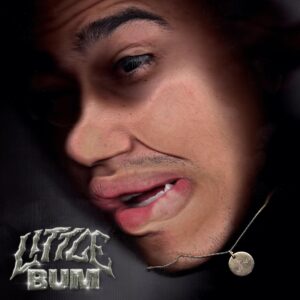