A. SWAYZE & THE GHOSTS

A.Swayze & the Ghosts have unleashed ‘Mess of Me’, a rollicking punk anthem that’s as fun and bold as their theatrical live shows. The track received its world premiere by Matt Wilkinson on Beats 1 and is accompanied by a groundhog-day inspired video, directed by Nick Green.

In further exciting news, A.Swayze & the Ghosts will embark on their first North American tour across April-May, including Shaky Knees festival as well as headline shows across the East & West Coast.

Parallel to the sass and irresistible swagger of the track is a deep dive into the attitudes and habits we develop from childhood. Described in the words of frontman Andrew Swayze:

“This song discusses inheritance. Not the conventional heirloom, but the type of negative trait you may learn as a child voyeur of your surroundings. Hendrik brought the song to us with the chorus “you’re always trying to make a mess of me”. Since I don’t have any saboteur but myself, I changed his lyrics and wrote the rest around the new chorus.”

The Hobart natives have amassed a fierce live following thanks to their raw, bold and at times, wild shows – heightened by the notably charismatic and enigmatic lead singer, Andrew Swayze.

Over the last 18 months A.Swayze & the Ghosts have performed at Falls Festival, Splendour in the Grass, The Great Escape, BIGSOUND (in many ‘best of’ lists across STACK, triple j, Double J, The Music), A Festival Called Panama and Boogie Festival. As well as shows alongside Shame, Total Control, Nude Party, Frank Carter & The Rattlesnakes, West Thebarton, Jet, The Vines, Batpiss & The Stems to name a few. 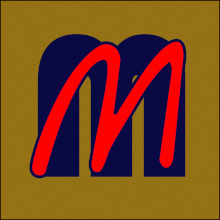 Mess of Me’
A. Swayze & the GhostsSingle out now through Ivy League RecordsAvailable to buy/stream here
Follow A.SWAYZE & THE GHOSTS here: