Today, the 2019 ARIA Awards in partnership with YouTube Music are thrilled to announce the Australian performers who will be hitting this year’s ARIA stage. The 2019 ARIAs will showcase these incredible artists to audiences Australia-wide, featuring an array of magic moments and surprise collaborations.

The line-up will be featuring record breaker Tones and I, this year’s esteemed ARIA host, Guy Sebastian, 2019 ARIA iconic Hall Of Fame inductees Human Nature, as well as the multiple times nominated Hilltop Hoods, Thelma Plum, and The Teskey Brothers.

Dan Rosen, ARIA Chief Executive says, “It has been a brilliant year for Australian music and this is reflected in the amazing group of Australian artists who will take to the ARIA stage. It is wonderful to have three artists who will performing on the ARIAs for the first time in Tones and I, Thelma Plum and Teskey Brothers. All of our Australian performers have had an incredible 2019, making music that have moved audiences around the world and here at home. I cannot wait for Australian fans to tune into an incredible night of music at the ARIA Awards.’’

The awards ceremony will also feature special performances from international megastar guestsHalsey and Dua Lipa. You can catch it all live on Wednesday, 27th November, broadcasted on the Nine Network, live streamed internationally on YouTube, and hosted by Guy Sebastian.

INTRODUCING THE AUSTRALIAN PERFORMERS FOR THE 2019 ARIA AWARDS 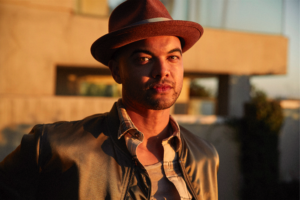 This year’s ARIA Awards host Guy Sebastian is no stranger to the event, having won 4 ARIA Awards from 27 nominations throughout his impressive career. As one of Australia’s most enduring, successful and talented male artists, Sebastian has sold over 7 million units worldwide with 61 platinum certification awards (including 11 for single “Battle Scars”, which also boasts over 210 million streams worldwide and US platinum certification). Guy Sebastian’s official YouTube channel has amassed more than 68 million views. He is also the male solo artist that has had the most ARIA number one singles with six times at the top, as well as two ARIAnumber one albums. 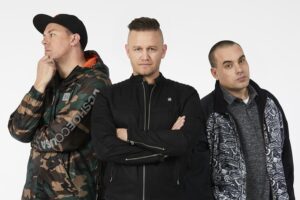 As one of the most critically acclaimed Australian acts of all time, Hilltop Hoods’ record-setting career has seen six of their eight albums peak at number one on the ARIA Chart, five singles reach the top 10, and seen them win a huge nine ARIA Awards since 2006. The official Hilltop Hoods YouTube channel has a huge 110 million views and counting. This year the hip hop group are nominated for Album Of The Year, Best Group, Best Hip Hop Release, Best Video presented by YouTube Music, Best Australian Live Act, Engineer of the Year, and Song Of The Year presented by YouTube Music. 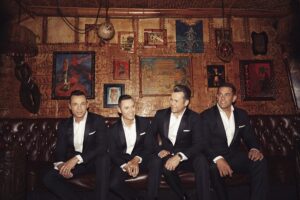 Since signing to Sony Music Australia over two decades ago, Human Nature have earned their place as one of the world’s finest pop-vocal groups of the modern era. The group have released 13 studio albums, 4 of which went to no. 1 in Australia, garnering 27 platinum awards, 19 top 40 singles and five Top 10 hits worldwide, with album sales in excess of 2.5 million in Australia alone. Their YouTube channel has also garnered 22 million views and counting. At this year’sARIA Awards, they will be honoured with an induction into the ARIA Hall of Fame. 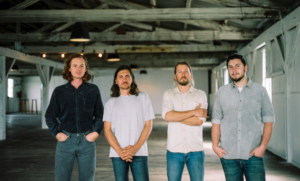 With seven ARIA nominations this year, are The Teskey Brothers, whose sophomore album “Run Home Slow” impressed critics this year and entered the ARIA Chart at number 2, as well as making an appearance at the pointy end of the US iTunes Chart. The Teskey Brothers boast a huge 12 million views on their YouTube channel, with their hit song “So Caught Up” earning 5 million views in just four months. The Melbourne band have been selling out national and international tours consistently since 2017, including mammoth crowds at Latitude Festival (UK), Firefly (USA) and Bonnaroo (USA). 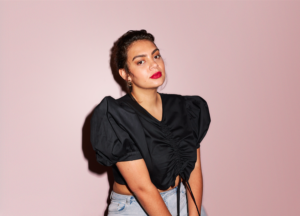 With an impressive six ARIA nominations, including winning Best Cover Art for Emilie Pfitzner’s artwork on “Better In Blak”, Thelma Plum is proving herself as a force to be reckoned with this year. With 1.6m views on her YouTube channel, the release of her debut album “Better In Blak” saw her nominated for a National Indigenous Music Award for Best Video, perform at Splendour In The Grass and Groovin’ The Moo and showcased as triple j’s Feature Album. 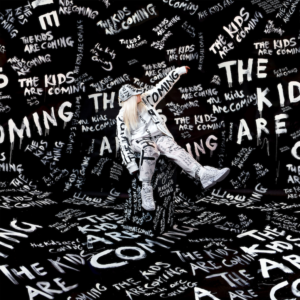 Having only debuted in February this year, Tones and I has taken the world by storm, breaking records left right and centre with her hit “Dance Monkey“, which last weekend saw her breaking a new record for 14 consecutive weeks at #1 on the ARIA Singles Chart, the longest time for any artist since the ARIA Charts began in 1988. The infectious track also made Tones and I the first Australian ever to hit the top spot on the Global Spotify Chart, with the international smash “Dance Monkey” hitting #1 in 16 countries around the world and amassing over half a billion streams to date. Since late 2017, Tones and I’s official YouTube channel has amassed over 168 million views, with the music video for “Dance Monkey” racking up 135 million of those views in the past 4 months

Stay tuned for more exciting announcements about the 2019 ARIA Awards with YouTube Music.