Following the breakneck reception to their latest album Hyperdaze and a stack of massive live appearances since, Melbourne’s Void Of Vision are upping the ante with the announce of a national headline album tour next year. The four-piece will playHyperdaze live in full for the first time when head to five states in February 2020. Tickets available HERE.

Easing the demand for a physical copy of Hyperdaze, Void Of Vision are also releasing a second vinyl variant, available worldwide and limited to 215 copies.

Featuring singles ‘Hole In Me‘, ‘If Only‘ and ‘Babylon‘, Hyperdaze seizes a stark brand of bleakness that Void Of Vision have become known for. Lead vocalist Jack Bergin describes the record as seeping with “pure hatred, self-loathing and nihilism” and a cathartic purge of darkness for him personally.

Hyperdaze dropped in September to a wave of positive response, including The Music classing it a near-perfect 4.5/5 star release and praising its thrill and relatability.

Following the reveal of the album, Void Of Vision supported Northlane on their headline Australian tour, took to Heaven And Hell Festival alongside The Amity Affliction, headlined Schema Festival, announced their own headliner in Japan for early next year and were revealed on the inimitable UNIFY 2020 lineup alongside the likes of The Ghost Inside and Architects. More details on Void Of Vision’s upcoming Australian headline album tour are below.

LISTEN TO ‘HYPERDAZE’ IN FULL HERE 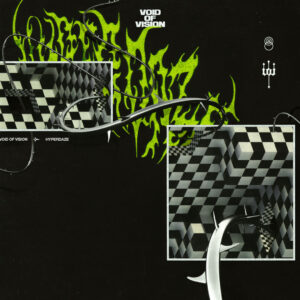 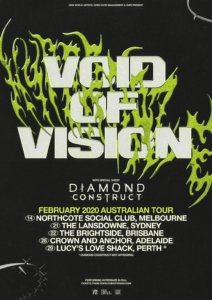