UK indie-rock band BLOXX have announced their debut full length album “Lie Out Loud”, set for release on August 14th. “Lie Out Loud” has been a long time coming for the three piece, and follows a glorious ascent since BLOXX exploded onto the scene three years ago with their definitive brand of confessional, relatable indie pop. The album will feature the huge singles “Go Out With You” and “Coming Up Short” alongside a wealth of new material, seamlessly showcasing the band’s journey so far.

To coincide with the album announcement, today sees the release of the album’s title track, which premiered last night as a hottest record on Annie Mac’s BBC Radio 1 show in the UK. A boppy, fast-paced guitar banger, fusing grungy undertones with bright catchy melodies, the track finding a sonic home between Wolf Alice and The Wombats.

The single, and the majority of the upcoming album, were recorded with Grammy-nominated US producer Jenn Decilveo (Hinds, Anne Marie, The Wombats).
“‘Lie Out Loud’ feels like a big moment for us,” said Fee from BLOXX. “It’s a bit angsty and was actually the last song we wrote for our record, whilst we recorded the record, so it nearly didn’t even happen! I remember being so wildly annoyed that day because I was sitting around doing nothing and I just remember myself and Jenn Decilveo (our producer) shouting lyrics at each other and arguing over whether or not ‘lie out loud’ made any sense. It definitely does.”
Watch ‘Lie Out Live’ below:

“The video for ‘Lie Out Loud’ is basically a punchy animation of a vibe we wanted to capture in a performance video for the single, before social distancing became the new norm,” said the band. “We’ve always wanted an animated video and now was definitely the right time. I think it shows exactly how we perform and I think we look cooler than our actual selves, ha! It’s definitely my favourite video of ours so far.”

BLOXX have generated a significant buzz worldwide since their formation in West London in 2016. Since their signing to Chess Club Records, the band have already supported seminal indie rockers The Wombats at O2 Academy Brixton, as well as Two Door Cinema Club, The Night Cafe and Sundara Karma. They have also found themselves on the bill for the iconic Reading & Leeds festival twice, including a performance on the main stage this year. 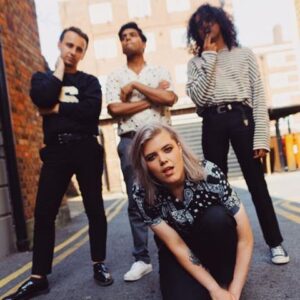 Despite only releasing a handful of singles, they have racked up over 20 million streams on Spotify alone, as well as support from triple j on their track “Sea Blue”. Flying the flag for queer female representation in the indie-rock scene, BLOXX join the likes of Girl in Red, Marika Hackman and Pale Waves in providing a voice for young LGBT+ audiences the world over. Their new album even features a co-write with Australia’s own Alex Lahey.

With a full length album to come in August, BLOXX are set to take the world by storm.

“Lie Out Loud” is available to stream on all platforms now.

BLOXX debut album “Lie Out Loud” is set for release in August 2020. 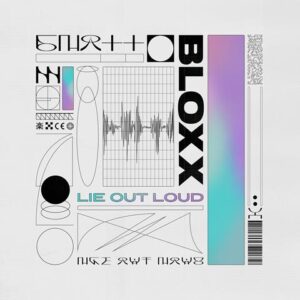