THE FIRST FROM THEIR

After years of dominating the Australian hip-hop scene, Triple One has finally given fans a glimpse of their first full-length release. That comes in the form of ‘Loverose’, a reflective yet triumphant single that blends their preference for overcast melodies, venomous bars, and bombastic production. The song features pensive lyrics about sacrifice, the tentative nature of success, and what it means to achieve something in both their personal and professional lives; tying these real-life experiences with other-worldly space metaphors.

The atmospheric video was directed by Tyson Perkins and Marty Bugatti, and reflects the themes of ‘Loverose’ through a series of alien landscapes, resulting in a cinematic experience housed in an eerie, post-apocalyptic planet. Vocalist Marty Bugatti shares that “Loverose is a song about the flawed nature of intimate love. Humans are an imperfect creation and also mortal. This makes love a lot harder, but also a lot more beautiful.” Producer Billy Gunns describes the track as about “being close to something that you’ve been wanting your whole life,” addressing Triple One’s undeniable ascension throughout the past few years.

Triple One’s debut album is slated for release in the near future. The release of ‘Loverose’ follows three EPs and a torrent of standalone singles that have catapulted the foursome from underground buzz act to garnering national and international acclaim, including their ARIA Gold-certified mental health anthem ‘Butter‘ and radio favourites ‘So Easy‘ and ‘Handyman‘. Triple One’s notoriously chaotic live gigs include a sold-out national tour in 2019, and show-stealing sets at Listen Out, Hidden, and Falls Festival. Along the way, they’ve impressed and surprised with their insatiable, all-consuming appetite to continuously venture into uncharted artistic terrain, and a rebellious desire to constantly fold new sounds and textures into their brand of unbounded, unclassifiable hip-hop.

‘Loverose’ by Triple One is out now, buy/stream it here. Official Artwork below 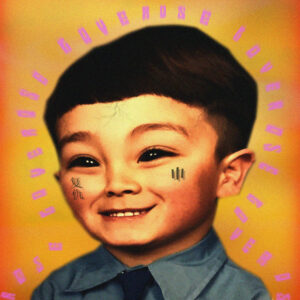 Having accumulated underground buzz for years through viral early singles ‘Doozy‘ and ‘Overflow‘ and their notorious live shows, Triple One broke into Australia’s mainstream consciousness in 2018 with singles ‘Showoff‘, ‘Tarlo‘ and ‘Valentine Kid‘ being added to high rotation on triple j. Profiles from Complex, GQ and Highsnobiety followed, as did a spot on Youtube’s first-ever ‘Artists to Watch’ list and spotlights as triple j Unearthed ‘Artist of the Week’, Apple Music’s ‘New Artist of the Week’ and more. In 2019 they consolidated their takeover of Australian airwaves with pensive, mental health-centered, ARIA Gold-certified ‘Butter‘, which scored rotation on triple j and FBi Radio; release their third EP, The Libertine 2, and their collaboration with Matt Corby and Kwame, ‘So Easy’.

PRAISE FOR TRIPLE ONE

Stay connected with Triple One: