THE TESKEY BROTHERS LIVE AT

THE FORUM OUT ON DOUBLE VINYL,

The highly anticipated Live At The Forum album by The Teskey Brothers will now be officially released on all services on Friday May 15 – including on limited-edition double blue vinyl, CD & all digital services. The live album was recorded to analogue tape during the band’s sold-out four night stand at the beloved Melbourne venue last November.

“We thought we’d try and record a live album with a tape machine, which is madness, but that’s our format so it’s the way we wanted to do it” – Sam Teskey

The album release date news comes in the middle of The Teskey Brothers’ ‘Stay Home Slow’ virtual tour – where in lieu of live shows, the band have been premiering exclusive live performances at scheduled times. So far, they’ve released ‘Jealous Guy’ (John Lennon cover), ‘San Francisco’ and today, their 2019 hit ‘So Caught Up’ – which premiered on YouTube at 10am AEST to eager fans.

VIDEO: ‘So Caught Up (Live At The Forum)’ by The Teskey Brothers

Live At The Forum features songs from the band’s two critically acclaimed albums, Run Home Slow (2019) and Half Mile Harvest (2017), as well as a special cover of John Lennon’s ‘Jealous Guy’. Alongside the CD & digital release, the live album will be available on 180g double-blue gatefold vinyl. A limited version (with a different front cover) will also be made available exclusively to indie record stores.

In further great news, the band have been nominated for three APRA Awards – including Breakthrough Songwriter Of The Year, Most Performed Blues & Roots Work and Song Of The Year (for ‘I Get Up’). The ceremony will be streamed live on May 26.

The decision to release a live album was a natural one for The Teskey Brothers, who’ve spent the past few years captivating audiences around the world. Their non-stop touring schedule has included sold out shows across Australia & NZ (20+ sold-out dates in 2019 alone), New York, LA, San Francisco, Denver, Toronto, London, Dublin, Manchester, Glasgow, Paris, Amsterdam, Zurich and more. The band have also played to mammoth crowds at festivals such as Latitude Festival (UK), Firefly (US), North Sea Jazz (Netherlands), Bonnaroo (US), and at home, Splendour in the Grass, Meredith Music Festival & Byron Bay’s Bluesfest, to name a few.

2019 was an incredible year for the Warrandyte four-piece. The timeless Run Home Slowcaptured the hearts of music fans and critics across the world, earning the band three ARIA Awards (alongside a breathtaking performance of ‘Rain’ at the event), four Music Victoria Awards and a Grammy Nomination for Best Engineered Album, Non-Classical, recognising Paul Butler & Sam Teskey as the album engineers along with Melbourne’s Joe Carra as mastering engineer. 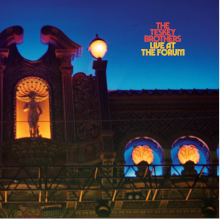