THE STATE OF MUSIC VICTORIA

UNITED BY MUSIC A FRESH

The State Of Music is a weekly live-streamed series, featuring exclusive artist interviews alongside live performances from Australia’s best and brightest musical talent, from established household names to the hottest emerging acts. Curated, professionally filmed and recorded by Mushroom, the episodes will be broadcast on YouTube, Facebook and the Victoria Together website every Sunday night at 7.30pm AEST – starting this week, Sunday 3 May. With special guests hosting each episode, The State Of Music will delight Aussie music lovers, and give them the chance to catch some of our most acclaimed performers up on (virtual) stage. What’s more, fans will be able to interact live with the show’s talent, submitting questions for artists to answer via a moderated livestream. Tune in to watch your favourite homegrown names from the front row comfort of home.

The State Of Music’s first episode will feature talent from last Saturday night’s enormously successful Music From The Home Front televised concert event – which saw over 1.159 million tuning into a primetime televised broadcast of performances from some of Australia’s finest musicians.

The State Of Music’s content will also be housed on the Victoria Government’s just announced website, Victoria Together, which will share some of the best music, entertainment, nature and art VIC has to offer. Funding for this project (including artist performance fees) comes via the Victorian Government.

Victorian Premier Daniel Andrews said: “Victorians have done the right thing by staying at home, and we’re thanking them by bringing them the best of Victoria’s creative talents to their living rooms.”

“We’re proudly the cultural capital of Australia and we’ll do everything we can to support our creative industries through this pandemic, so they’re in the best position to support the many thousands of jobs that rely on this sector.”

Michael Gudinski, Mushroom’s Chairman and Founder, says, “After the success of Music From The Home Front I’m thrilled to be a part of Premier Daniel Andrews’ and the Victorian Government’s vision to deliver Australian music into people’s lounge rooms each week.
“Melbourne is one of the great music cities in the world and the leading music city in Australia.  While we are currently unable to experience music in Victoria’s celebrated live venues this great initiative will play a part in ensuring our musicians and those that work in the music industry have a future.”
Kicking off proceedings in Episode One are four of Australia’s biggest names in music (in alphabetical order): ARIA-winning WA outfit BIRDS OF TOKYO; guitar and songwriting local hero DIESEL; Melbourne singer-songwriter, and producer and multi-instrumentalistG FLIP; and one of Australia’s most loved singer-songwriters JAMES REYNE. Mushroom’s very own MICHAEL GUDINSKI will also join to discuss the creation of Music From The Home Front and how he pulled the event together in a week with the help of long-time friend Jimmy Barnes.  Episode One will be hosted by radio legend Rosie Beaton, former triple j Super Request host and big Aussie music fan.
BIRDS OF TOKYO have grown from independent roots to become one of Australia’s most popular rock bands. Eleven separate tracks from the band’s six acclaimed studio albums have featured on triple j’s Hottest 100 countdowns, and they are the only band to win ‘Rock Work Of The Year’ on five separate occasions at the APRA Awards. Songs like‘Plans’, ‘Lanterns’ and ‘Anchor’ have been performed on festival stages and at sold-out shows across the world. Their new album Human Design featuring hit singles ‘Good Lord’, ‘Two Of Us’, ‘Unbreakable’ and ‘The Greatest Mistakes’ was released last week. 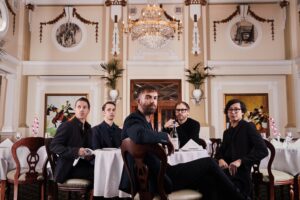 Birds Of Tokyo above
DIESEL has rock and blues music in his DNA, influenced largely as a young musician by his father’s record collection. He has successfully blended styles for many years to come up with a truly unique sound, punctuated with his distinct guitar playing and vocals. Across his career, Diesel has been awarded an impressive six ARIA Awards, including ‘Best Male Artist’ three years in a row. After celebrating 30 years in the industry in 2018 with his 30: The Greatest Hits album, Diesel is soon to announce the Sunset Suburbiaalbum for release this August featuring tracks ‘By The Scars’ and ‘On The Inside’. 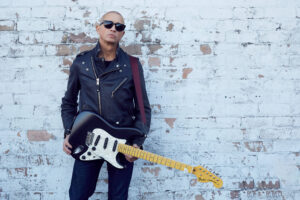 Diesel above
Melbourne singer-songwriter, and producer and multi-instrumentalist G FLIP has risen from bedroom producer to headline highlight in just a couple of short years. Her ever-expanding catalogue of alternative pop gems have racked up more than 85 million streams, including Platinum-certified hits ‘Killing My Time’ and ‘Drink Too Much’ and the Gold-certified song that started it all ‘About You’. G Flip has toured the world multiple times, sold out five Australian headline tours and dominated festival stages at Splendour In The Grass, Lollapalooza and Groovin’ The Moo, scoring praise from fans, critics and tastemakers globally in the process. 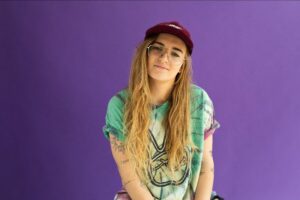 G FLIP above
JAMES REYNE has a celebrated musical history, with 19 x Top 40 hits throughout his career, both solo and out front of the legendary band Australian Crawl. This July, Reyne will deliver his 12th studio album: Toon Town Lullaby sees Reyne focused firmly on the future, with its lead single out now. The singer behind iconic hits such as  ‘The Boys Light Up’, ‘Reckless’, ‘Slave’, ‘Fall Of Rome’ and ‘Hammerhead’ was inducted into the ARIA Hall of Fame in 1996, honouring his prestigious 40+ year career. Four decades after the release of his first album, James Reyne remains as defiant as ever. 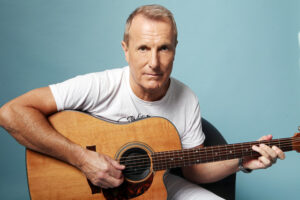 James Reyne above
Host ROSIE BEATON loves Australian music. Rosie spent 10 years as host of triple j’s Super Request program, before launching triple j Unearthed as a digital station. You can hear Rosie on guest spots with Double J, ABC Sydney, and as the host of the Billboard inflight program for Qantas. She’s interviewed everyone from Sia to the Hilltop Hoods, Lime Cordiale to Silverchair and many, many more Aussie artists.
Rolling out this Sunday 3 May at 7.30pm AEST, dust off your gig shoes and head over to catch The State Of Music streaming live on the Victoria Together Facebook, YouTube and website together.vic.gov.au. Stay tuned for more news to come on future episodes!