The Butterfly Effect have made a triumphant return.  Off the back of a sold out tour and a soaring new single, the beloved Aussie rockers have just been added to the lineup for Good Things festival, which will see them playing massive shows alongside Parkway Drive, A Day To Remember, Karnivool, Simple Plan, Violent Soho and heaps more in Melbourne, Sydney and Brisbane next month.  Their addition to Good Things follows the release of their spectacular new single Unbroken, their first new musical offering in over a decade.

“There is always something so very special about playing a festival – the noise, the crowds, the vibe and the amazing camaraderie that brings people together, ‘Good Things’ for everyone,” says lead vocalist Clint Boge. “And there is no other place we’d rather be, than sharing the stage with such an amazing line up – Australia has some of the most dedicated festival fans and we can’t wait to get amongst it.”

Formed in 1999, The Butterfly Effect have enjoyed an illustrious career racking up some impressive stats, including three massive albums – all certified Gold – multiple appearances at renowned festivals including Livid, Falls Festival, Big Day Out and more, countless national and overseas tours, six consecutive years in triple j’s Hottest 100, three features on triple j’s Live at the Wireless, and a number one-selling DVD documentary and concert film. 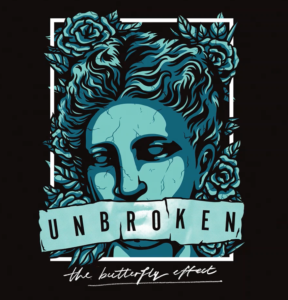 Despite sustained successes throughout the 00’s, the rigours of band life took their toll on the band – and in 2014 The Butterfly Effect went on indefinite hiatus.  After reconnecting at a rock show one night, the guys decided that a beer and a chat was in order.  That catch up eventually led to a sold out national tour last year, and an ongoing desire to continue making music, which saw The Butterfly Effect jump into the studio, and as a result, the bold new single Unbroken was born.  The melancholic track is a refreshingly honest and impassioned offering from the experienced hard rockers, and one that proves their creative connection is stronger than ever.  Reflecting on the inspiration of the track, Boge insights, “I realised my whole world was falling apart, relationships were breaking down and every thing I’d known was crumbling around me. With seemingly very little to hold on to, I found an inner strength and the will to keep going, to keep getting out of bed although every part of me wanted to hide away from the world. This song and these lyrics represent that struggle, to remain unbroken.”

The Butterfly Effect are pumped to be joining the Good Things lineup with new music, old faves and a stompingly exhilarating live show to offer audiences a smack-in-the-face reminder of the sheer force and power that is The Butterfly Effect. “We’re back playing our first festival in over a decade, we are super stoked and can’t wait to see you all. Bring on Good Things,” enthuses Boge.

LISTEN TO UNBROKEN BELOW: