AHEAD OF NEW EP HOLY

LA-based songwriter Shelley Segal has today announced her latest single No, a modern, bold and assertive track that describes the difficulty many women face when turning down sexual advances, out today, October 4.  Shelley has also announced her masterful new EP Holy, a masterclass in intimate lyricism and exciting, innovative Americana, set for release on November 1.  The Australian musician has been living and working in Los Angeles for three years, writing and recording Holy in the US while touring and collaborating on a host of noteworthy artistic projects.

No has a sentiment that will ring true for many women who have found themselves in a situation where it was almost impossible to say the word.  Driving guitars and textured percussion propel the track forward with serious attitude, while Shelley’s honeyed vocals carve a stunning melody on top.  Speaking on the inspiration behind this important track, Shelley explains, “No is a song about consent and the subtleties surrounding it.  It describes three different scenarios in which the protagonist finds it difficult to say no to sexual advances.  I wrote the song because even though it’s 2019 and so many women feel comfortable asserting themselves and speaking up for themselves, and even though there has been so much public discourse and progress on these issues, there are still scenarios where it feels hard to say ‘no’.  You can find yourself in a situation that you don’t want to be in and yet be unable to express that.  It’s not always easy in the moment to process the potential consequences that may come from your reaction.  Like the examples in the song for instance, in a work environment, in the street with a stranger.  Saying ‘no’ can create adverse outcomes like risking your job, or your safety.  This discussion around consent is not as straightforward as maybe we would like it to be and I wanted to reflect on those nuances.”

No is the first taste of Shelley Segal’s glorious new EP Holy.  This is an artist who has truly found her feet; Holy Man shines with energetic roots, rock riffs, skilled arrangement and Shelley’s undeniable lyrics and beautiful vocal performance.  San Antonio tugs at the heartstrings, a simple acoustic track with a deeply affecting message, while Holy is steeped in attitude and power, as Shelley sings, “I believe my body is beautiful, and it belongs to me.”  The EP was recorded in Brooklyn at Atomic Sound Studios with Dakota Bowman and Merle Chornuk (Tandy, Ryan Adams), it was produced and co-written (3 songs) with New York producer, guitarist and film composer Askold Buk and was mastered by Ted Jensen (Norah Jones, Dave Matthews).  Speaking on the making of the release, Shelley enthuses, “I’ve been working on the songs for this record for over the last three years – since 2016, the year I moved to the US.  I’ve called the ep ‘HOLY‘  which felt like a really powerful statement.  In the Jewish tradition I grew up in, what was holy was dictated to me.  Which words, items and actions and even which people were holy was dictated to me.  To elevate my life, my songs, my experiences and my voice (which was not allowed to be heard unaccompanied in my synagogue), to call them holy is incredibly empowering.  It’s a challenge to those who want to use concepts of holiness and the sacred to create hierarchies, often placing themselves at the top.  I hope it will inspire people to decide for themselves what is holy and sacred to them.”

Shelley has been living and working in the US since 2016, and in between touring the country and writing music for her own project, Shelley has done everything from writing for musicals, for Estonian pop star ELYSA, and Dutch artist Glennis Grace, among others.  She has also worked tirelessly for charity group One Law For All, writing two songs for the organisation and reciving the CEMB Award (Council of Ex-Muslims of Britain) for her contributions.  Always busy with multiple thought-provoking projects on the go at once, Shelley is currently working on the music for a documentary (entitled Transmission Love) about a young transgender girl growing up in LA, as well as a conservation-themed EP with a science educator and biologist about the Puget Sound Watershed in Washington State.

No is out today, October 4. Holy is out November 1.

An Australian singer/songwriter now living in California, Segal sings with pain and purpose. Her music builds out of a woman and her guitar, incorporating additional instrumentation as needed but consistently coming from a familiar place – that heartfelt home, be it physical or musical. http://atwoodmagazine.com/sshr-shelley-segal-here/ 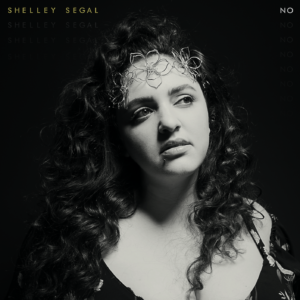 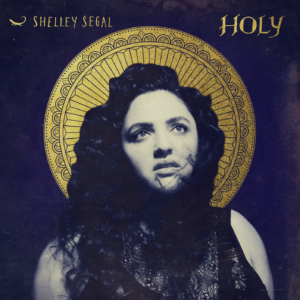