The uplifting pop-country gem was written by Shea and US hit-maker Anthony Smith, recorded in Nashville and produced by Brian Tankersley. It’s filled to the brim with personality and self-confidence, a rollicking up-tempo track with a strong bassline and catchy chorus that will stay with you long after the song has finished. 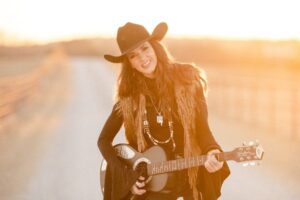 Written nearly 8 years ago, before she met her now-husband Tyson Durfey (World Champion Rodeo Athlete), Shea penned ‘Imagine’ about a time in her life when she was looking for a stand-up partner to show her what a quality husband and father was. She hopes the song resonates with women that may not have found the one, but know not to waste time with those who are not worth it.

Since the 2007 release of her debut album Everyday Girl, Shea Fisher has achieved four chart-topping Australian country music singles, along with an American CMT Top 20 hit. She has toured extensively throughout Australia, both as a headlining artist and as support for the likes of Lee Kernaghan, Adam Brand and Steve Forde. Most recently, Shea has collaborated with US country stars Luke Bryan, Randy Travis and Walker Hayes, and shared the stage with music icon Willie Nelson and more.

Listen to ‘Imagine’ below

The first taste of her brand new sound, listen to ‘Imagine’ turned up loud with the windows rolled down… And stay tuned for more from Shea Fisher soon! 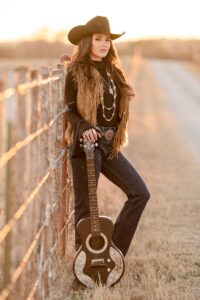