“Rowland S. Howard’s guitar sound defined a generation. He was the best of us all. His influence continues to reberberate, down the years, to this day. Truly one of the greats.”
– Nick Cave

A vital presence on Australia’s post-punk scene, Rowland S. Howard created his own emotionally intense sonic language, first with Young Charlatans, then alongside Nick Cave and Mick Harvey in The Boys Next Door and The Birthday Party, and, after they disbanded in 1983, with These Immortal Souls and Crime & the City Solution.

“When I first heard The Birthday Party, besides the great songs and singer, I was drawn to the sound of Rowland S. Howard. It seemed that everything he did was something I had never heard before. Not only was his sound unique but what he was playing was completely from somewhere else. And then there was his voice, this deep well of emotion you knew was real. An absolutely brilliant musician and songwriter with no bad records across all the different bands he was in. A friendly and funny guy as well. I’m so glad these records are back out again.” – Henry Rollins

Newly remastered by Lindsay Gravina, Rowland S. Howard’s debut 1999 album Teenage Snuff Film – highly sought after by collectors – will be released on double vinyl (with one side etched with an illustration by Rowland) and digital. 2009’s Pop Crimes, Howard’s final album release, will also be available on vinyl and digitally.

Teenage Snuff Film was recorded at the Birdland and Sing Sing recording studios in Melbourne, with longtime colleague and collaborator Mick Harvey contributing drums, organ and guitar, and Brian Hooper on bass. The album was produced by Lindsay Gravina and engineered by James Mason and Jade Martin, and released to acclaim.

Rowland S. Howard passed away on December 30 2009 from liver cancer, only a few months after the release of Pop Crimes. Recorded with Mick Harvey and JP Shilo, Pop Crimes also features the single ‘(I Know) A Girl Called Jonny’, the collaboration with Jonnine Standish and Sean Stewart (HTRK).

“Rowland S. Howard conjured these dark musical worlds that weren’t always easy to live in, but every word and note of them rang true—and they always made you feel something. Teenage Snuff Film is full of tension and despair and strange, haunting guitar. It’s a classic, like nothing else.” – Britt Daniel (Spoon)

“Forget the Prince of Darkness, Rowland S. Howard is the true sultan of heartbreak, loss and regret.” – Laura Jane Grace (Against Me!) 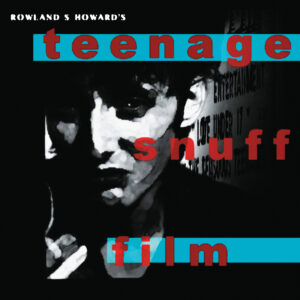 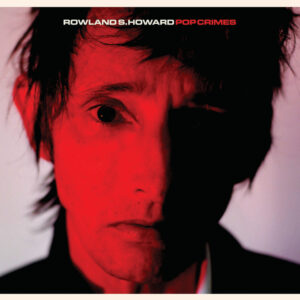