Revered producer and pioneer of French touch, Yuksek, serves up a new groove that is full of attitude, cheek and all round good times. Following on from his latest release, ‘The Rollercoaster’, ‘G.F.Y.’ features the soulful and sassy vocals of Queen Rose, which Yuksek perfectly compliments with the groovy disco bassline. Taken from his forthcoming LP due early next year, the single is a shining example of Yuksek’s ability to stay ahead of the curve, re-inventing himself, time and time again.

The spirited record using humour to talk about female empowerment, Yuksek explains, “I wrote ‘G.F.Y.’ as a manifesto, a song against old fashioned guys, who can’t figure out how a girl can just dress for herself and dance for her own pleasure.” Queen Rose adds, “this is a song for independent ladies who step out of the house dressed to catch, not looking for anyone or anything but to have a good time.”

Over the years, the master of post-disco and house has collaborated with a range of talent from around the globe, including Empire of The Sun, Gorillaz, Phoenix, Lana Del Rey, The Magician, Alex Metric, Breakbot and Purple Disco Machine, whilst his originals have earned him nods of approval from various industry tastemakers such as DJ Mag, Clash Magazine and triple j. On top of making his own music, Yuksek also devotes his time to creating film scores, having written compositions for French film ‘Marguerite et Julien’, Jerome de Gerlache’s ‘Là où l’on va’ and Netflix documentary ‘Gregory’, screening in late 2019. 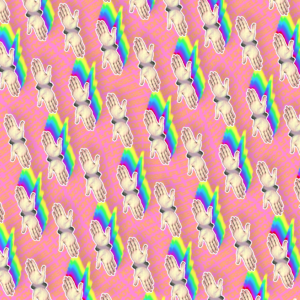 For more info on Yuksek, visit: