Visual artist, songwriter and musician PARKER has today announced her devastatingly beautiful new single Become The Fool, a heartbreakingly powerful song about an unbalanced relationship in which one person ends up sacrificing too much of themselves and their dreams for another, set for release today, January 24. PARKER has also announced a gorgeous Bauhaus-inspired clip to accompany Become The Fool.  This affecting new single is the first taste of what is set to be an incredibly exciting 2020 for this innovative artist.

Become The Fool is about as vulnerable as a song can be.  Everything from PARKER’s delicate, glassy vocal delivery, to the melancholy synths and deep, arresting percussion, bleeds with heavy emotion, and will speak to anyone who has gone through a complicated heartbreak – one that perhaps they wondered if they would ever recover from.  Speaking on the inspiration behind the track, PARKER reflects, “This is the first song that was co-written with my writing and production team, Hans Van Vliet (QLD) and Becki Whitton (VIC), across three states and I’m really excited about it.  When a relationship ends it can be devastating.  But what happens afterwards can be a beautiful mess of experiences and vivid feelings.   When I got to the end of my longest relationship, I realised I had lost so much of myself.  I had been living for someone else and their dreams for so long I didn’t know who I was without them.  But through this experience, I was set free to find myself again, to pursue my creative practice with all my heart.” 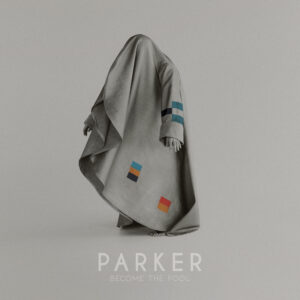 The video for Become The Fool is a stunning journey that explores the depth of emotion behind this extraordinary song.  The viewer feels connected to the main character as someone who is left behind in a world built for someone else.  The narrative begins in sepia tones, and as the clip progresses and the character reclaims the city for herself through expressive dance, the scene begins to fill with colour as an empowering metaphor for this story.  PARKER explains,“The clip for this song is so incredible!  It was made in one month on a super tight budget.  It was made by Hans Van Vliet (7 Bit Hero + HUNZ) in just three weeks.  We took inspiration from bauhaus design; we wanted to create something that felt nostalgic yet contemporary.  Every single element in the clip has a meaning and a reason to be there. Nothing is superfluous.”

his wonderfully considered release is just the beginning of what is set to be a spectacular year for this multi-disciplinary artist, as she gives fans a taste of what is yet to come, “I’m really excited about all the singles and music videos we have lined up to release this year.  I’ve also got a number of live videos in the making!  I feel so lucky to be working with so many great film makers, musicians and audio engineers on these projects.”

Become The Fool  is out now | Watch video below: