‘ENEMY OF THE NIGHT’

Northlane’s fifth studio album Alien marked their boldest and most personal release yet, as well as their most successful. The record had fans and critics raving, racking up over 30 million streams, prompting sold-out shows worldwide and winning the band’s third ARIA Award for Best Hard Rock or Heavy Album after its release in August 2019.

After premiering via triple j’s Good Nights this week, today the band have revealed their new track in ‘Enemy Of The Night’ and announced a limited edition deluxe version of Alien due for release on Friday July 31. Alien Deluxe will feature 2x LPs in neon pink including the original version of the album, a full instrumental version and new track ‘Enemy Of The Night’. Pre-orders are available now via unfdstore.com.

CLICK BELOW TO LISTEN TO ‘ENEMY OF THE NIGHT’

“‘Enemy Of The Night’ was the last song to be completed and is personally my favourite song from the Alien sessions. It has a similar, storytelling style to ‘Freefall’ as it recounts memories and experiences from my childhood of my father falling deeper into addiction and the desperate things people will do to satisfy those needs. Despite his best efforts, he was never able to beat his demons. This song is the missing piece to the Alien puzzle and I can’t wait for everyone to hear it.”

Northlane also recently revealed the powerful short film on YouTube called Negative Energy (watch here), which documents the band’s struggles and accomplishments before and after the release of Alien. 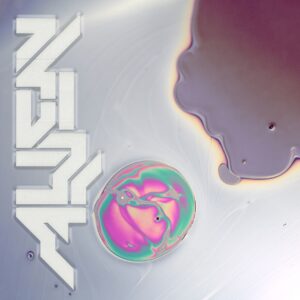 Out July 31 via UNFD // Pre-order now at unfdstore.com