New York-via-Nebraska’s Navy Gangs return with new track, ‘Sometimes’, an introspective song about maintaining relationships in a constantly changing world. Out now via Dinosaur City Records, it’s the follow-up to recent track, ‘Locked En’, which featured on Australian Covid compilation ‘Stay Inside: Songs from the Great Indoors’ in April.

Tillwick says of the new track, “While I am trying to be healthy, safe and sane while maintaining income, friendships and relationships, I’m feeling pretty stressed and drained by it all. ‘Sometimes’ is a reflection of these feelings.”

Navy Gangs’ debut album ‘Poach’, released in 2018 via Dinosaur City Records, saw the band take on a 30-date tour of the USA with Father/Daughter’s Anna McLellan, performing a string of shows at SXSW which prompted New York’s Breakthru Radio to say they “play their songs like they’ve been hits for decades”.

Navy Gangs have released 1 x self-titled EP and a highly acclaimed debut album ‘Poach’, playing alongside the likes of Alex G, The Garden and Dehd, and turning heads at Stereogum, The Fader, Pilerats, Northern Transmissions, Les Inrocks and LNWY among others, garnering a loyal following of critics and fans alike in the USA, Europe, Australia and beyond. 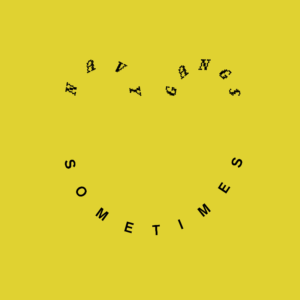