‘OUT OF BODY’ OUT FRIDAY

Grammy Award nominees NEEDTOBREATHE have officially announced the release of their forthcoming album ‘Out of Body’, due to hit shelves on August 28. This will be the band’s first release in four years, and NEEDTOBREATHE’s first album without key member, songwriter, and brother Bo Reinhart.

The trio have already given audiences a taste of the new record, with stadium-sized anthem ‘Hang On‘ hitting the airwaves earlier in the year.

Following on from the bands critically acclaimed album ‘Hard Love’ which was the band’s first ARIA Charting album and hit No. 2 on the US Billboard 200, ‘Out of Body’ marks the band’s first album in four years, and a return to their
musical roots.

“The last record was a bit of a departure, sonically. To a fan that’s been around for a long time, this feels like home. If you’re a fan of the Americana or the rock version of NEEDTOBREATHE, you’re going to be excited about this record. said Bear Rinehart “We’re really excited about this record. I think it has a lot to offer the world right now.”

At a time when the future seems more uncertain than ever before, NEEDTOBREATHE have leaned heavily on their past, with ‘Out of Body’ playing with the themes of childhood innocence, self-growth, reflection and the freedom of
youth.

On Out of Body, the platinum-certified trio—Bear Rinehart [vocals, guitar], Seth Bolt [bass, vocals], and Josh Lovelace [keys, vocals]—examine life, family, and friends through a youthful prism. Across 11 brand new tracks, the trio take stock of not only two decades as a band, but also first-time fatherhood and the future, over a rich soundtrack of soulful rock with stadium-size scope and poetic intimacy.

After spending a week at a beach house in Charleston to gather thoughts and ideas, the trio headed to Nashville, to record alongside producers Cason Cooley and Jeremy Lutito. As they cultivated a team atmosphere, built on trust and openness, the songs organically came to life.

This recording process was about sharing an experience, and you really have to be vulnerable to do that. Confesses Bear “It’s really hard to be innocent if you don’t feel safe, or trust the people around you.

We’ve experienced a lot of fresh inspiration,” adds Seth. “It’s been a season of learning. Bear didn’t hold anything back in terms of writing about life: all of the beautiful things and the most tragic things that have happened in the past four years. I’m really proud of the statement the record makes.”

NEEDTOBREATHE Out of Body

10. Bottom of a Heartbreak 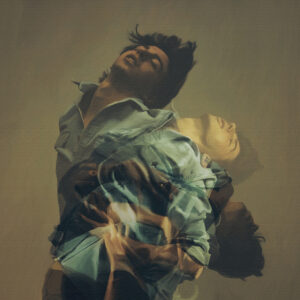