A five-track body of work fusing anthemic stadium sounds with alt-pop vibes, Cold Blood will be released June 26th and follows on from the band’s well-received debut single “Underwater”. The cinematic video for “Underwater” quickly accumulated over 100K collective streams and saw MIYA MIYA drawing airplay from Radio 1 and international attention from key tastemakers such as WHEN THE HORN BLOWS, verifying the band’s potential to charm a wide mainstream audience.

Showing a more mellowed side to the multi-faceted production decorating Cold Blood, the ethereal synth flashes in “Hometown” elevate to an intoxicating blend of crashing drums, anthemic guitars and a bold bassline. As with debut single “Underwater”, the emerging band share “Hometown” alongside a stunning lyric video as a further marker of their creative ambitions.

Speaking on “Hometown”, the band explained: “The original idea of ‘Hometown’ was following someone who’s completely lost all hope, selling themselves short and making bad decisions. Although they’re in their hometown, they are completely lost. It’s from the perspective of a person who’s outside of this, trying to reach in and show they care and want to help them.”

The four-piece – Ginnie (vocals), Jordan (vocals / keys), Gio (guitar) and James (drums) – started making music together after they connected at university. They formed a songwriting team to write and produce music for other artists, racking up credits with their unique, powerfully emotive style; most notably “All Night Long” by Jonas Blue & Retrovision, which hit top spots in streaming charts around the world and the No.1 spot on the Billboard Dance Chart.

They grew up listening to classic artists like Fleetwood Mac, Queen and Jeff Buckley, which has heavily influenced their ‘distressed glamour’ style and huge, layered music. This timeless sound, coupled with the inspiration from contemporary artists like Imagine Dragons and The Chainsmokers, has given MIYA MIYA an exciting combination that blends intimate storytelling with an epic stadium sound.

After honing their craft behind the scenes, 2020 marks MIYA MIYA’s first foray onto the scene as a fully-realised band with Cold Blood; a selection of captivating sounds from an undeniably talented collective stepping out into the spotlight who are sure to pick up heat through 2020 and beyond. 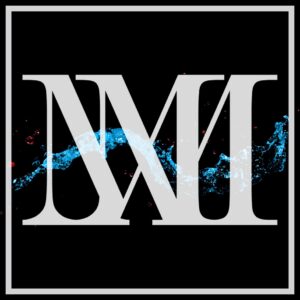