Local Natives share their revamped classic “Dark Days” now featuring Sylvan Esso’s ​Amelia Meath​,​ from their beloved 2016 album, Sunlit Youth. In early​ ​March 2020, the band performed the song accompanied by Amelia on Jimmy Kimmel​ Live!’s outdoor stage – one of the last outdoor performances before the shelter-in-place order. The new version of the song is mixed by the illustrious ​Spike Stent​ ​(Madonna, Bjork, Grimes). 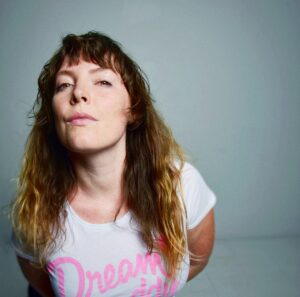 Local Natives on “Dark Days (Feat. Sylvan Esso)” – “Dark Days” is a loose homage to growing up in Southern California: first loves, sneaking out, finding your our own way —all while trying to outrun religious guilt.  The song has become integral to our band and our live shows. We last played it live on Kimmel a little over 2 months ago, which now feels like a distant memory from a bizarre alternate reality. Despite the looming anxiety of those final pre-quarantine days, that performance felt especially cathartic for us and was made all the more poignant by having Amelia on stage with us. She not only lent us her incredible voice but she wrote a beautiful new verse that taps into the nostalgia and the longing we all feel for a different time.“

Amelia Meath​ – “It was a joy to dip into summertime with Local Natives- Dark Days is a beautiful illustration of being young, riding bikes, and trying to figure out how to love on and be vulnerable with someone. It was an honor to be asked to write a new verse and lend my voice to the story.”

Last year, Local Natives released their critically acclaimed fourth album, Violet Street via Loma Vista Recordings. The blissful and introspective new album features singles including “lush and searching” (Stereogum) “When Am I Gonna Lose You,” whose cinematic video starred Kate Mara and was performed by the band on Ellen; “Café Amarillo,” which FADER hailed for “illustrating a sort of emotional purgatory;” and “Tap Dancer” that Brooklyn Vegan praised for its “elegiac ache.” The band wrapped their nearly sold out cross-country North American tour with Austin American Statesman praising their “unadulterated energy” at one show. “When Am I Gonna Lose You” – their Violet Street single that hit #3 on AAA and #6 for Alternative.

Watch their performance of “When Am I Gonna Lose You” on Kimmel:

“Writing some of the finest songs, brimming with emotion” – Line of Best Fit

“Amazing” – Under the Radar

“Some of Local Natives’ most memorable earworms yet” – Austin American Statesman

“Buoyant …their breezy and open sound is more energetic than ever” – Exclaim.CA

“Few bands do romance, and the yearning for it, better than Local Natives” – Buzzbands.LA 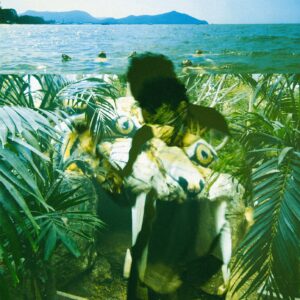