With the release of their new single ‘Into The Black’ today, Like Moths To Flames have revealed their surprise EP Where the Light Refuses To Go in full. It comes off the back of previous singles ‘All That You Lost’ and ‘Smoke And Mirrors’, and marks the band’s first official release on UNFD since their signing in September.

“We are excited to release the last single from the ‘Where the Light Refuses To Go’ EP. The songs are a collection of what we’ve been working on between the last album cycle and now,” shares vocalist Chris Roetter on the release. “The team at UNFD has been the driving force behind a lot of the ideas around the release and what’s to happen in the future. Closing out the year with the release gives us the chance to get busy writing!”

Across their four-album deep career, Like Moths To Flames have garnered international praise for their ability to weave so cleverly between crushing brutality and soaring anthems. Evidenced by the millions of streams accumulated by tracks including ‘Bury Your Pain’, ‘No King’, ‘The Worst in Me’ and ‘You Won’t Be Missed’, and tours with bands like All That Remains, The Devil Wears Pradaand Memphis May Fire, LMTF have cemented global recognition in the heavy sphere over the past decade.

Having just wrapped up touring as main support for Wage War across the US, Like Moths To Flames will round out the year with a pair of massive US headline shows in December sharing songs from Where The Light Refuses To Go.  More details via the band’s socials. 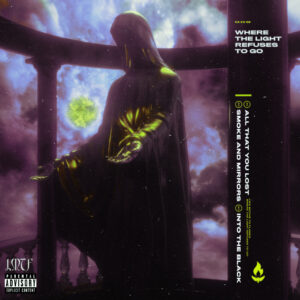