On ‘Contemplation’, KUČKA again demonstrates her ability to construct soundscapes that are intimate but unnerving, alien, and soothing at the same time. Between her opaque vocals in the foreground and crackling white noise lingering in the background, crystalline synths interlace with one another as they pitter-patter around the mix, creating an illusory layer to lose yourself within. The effect is surreal: ‘Contemplation’ seems spacious, even as it envelops you. Lyrically, Lowther continues to dissect her own personal experiences with open and literal emotionality, providing the perfect counterweight to her shimmering backdrop. “Stronger than I knew I could be / Higher than I knew I could reach / Build it up, build it up, build it up,” she sings as propulsive beat ushers in the chorus.

Of the release KUČKA shares, “Contemplation is about the importance of giving yourself time away from the chaos. Sometimes we need a reminder that stillness is necessary in order to maintain balance both physically and mentally. It’s important to set aside time to practice this, in order to give space for self-reflection and intuitive thoughts to arise.”

Her first new music of 2020, ‘Contemplation’ comes off the back of a banner 2019, having released her first solo material in 3 years with the Flume-assisted ‘Drowning’ and its follow-up, the Nosaj Thing-co-produced ‘Real’, both of which drew praise from triple j, The FADER, FACT Magazine, Clash Music and more, and touring Australia for the first time since 2018 with Laneway Festival alongside the likes of The 1975, Charli XCX and Earl Sweatshirt among others.

Contemplation’ is out now via Soothsayer and LuckyMe. Buy/stream it here. Official single artwork below 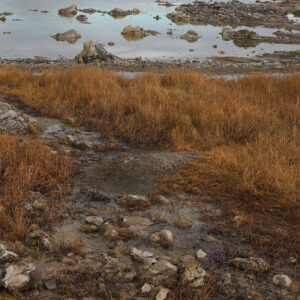 ABOUT KUČKA:
Laura Jane Lowther’s list of achievements are endless. She boasts and co-writes with Flume (and features on Grammy-nominated record ‘HI THIS IS FLUME’ for their track ‘Voices‘), SOPHIE, Vince Staples, A$AP Rocky, Cosmo’s Midnight, and more, and has performed globally supporting the likes of The xx, Mura Masa and Mount Kimbie. With her varied production and performance credits, Lowther firmly established herself as a standout female producer and vocalist, and now she focuses that talent on herself. Lowther is also the newest signing to LuckyMe.

“All these high profile collabs and “feats” might have given some listeners the misperception that KUČKA is a singer / top-liner only – but it couldn’t be further from the truth.”
Liveschool

“Her most magnetic song yet”
triple j