Fresh from being named a finalist in triple j Unearthed’s DIY Supergroup competition for the collaborative single “Apocalypse” with JEFFE, Australian vocalist, multi-instrumentalist, songwriter and producer, Jack Gray today shares his euphoric new song “I GOT 3”. Putting a clever new spin on the most discussed topic in pop, the catchy new single is now available HERE.

“‘I Got 3’ is about that moment in a relationship when you start to wrestle with the powerful feelings you have for the other individual. You want to express yourself and tell that person how you feel, but you’re just unsure how. It’s like that night when you’re out having an amazing time, and you realise you can no longer hold back the words”

“I Got 3 is all about that feeling, the desire of wanting to express your emotions, but not yet entirely sure of how.”

When Jack released his debut EP ‘Nights Like This’ back in 2019, it introduced him as a multi-talented artist who combined a classic DIY approach to his craft with a modern, young outlook on how it was arranged and presented. One listen to his music and you’ll understand exactly what he means. Blurring the lines between pop charisma, R&B swagger, and rock and roll propulsion, Jack has a preternatural knack for infectious hooks and emotionally resonant arrangements.

“I don’t think of music in terms of genre,” says Gray. “I grew up listening to everything, so I feel like that sets the table for me as a songwriter.” 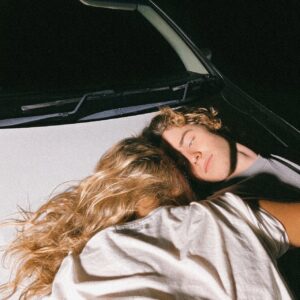 Gray sings with a seemingly effortless intimacy, his easy-going demeanour often belying the relentless work ethic and minute attention to detail that goes into each of his tracks. Calling to mind contemporaries from Dominic Fike and Clairo to Rex Orange County and The 1975, his productions show little regard for traditional distinctions between acoustic and electronic elements, frequently combining both into an ambitiously modern blend that feels instantly familiar and boldly adventurous all at once.

Jack has since gone on to amass over 10 million global streams thanks to songs like “Fools”, “Down Side of Up” and “My Hands”. He’s played over 200 shows around the world (US/UK/EU/AUS) in the last couple of years, performing his own solo shows and supporting artists such as Mahalia, Maisie Peters, Dean Lewis, Ella Voss and E^ST.

Most recently, Jack returned home from his Los Angles base to spend isolation with his family on the Sunshine Coast in Queensland, where he’s been on a creative blitz, sharing a string of covers on Instagram from the likes of Ruby Fields, Nick Murphy, Major Lazer and Marcus Mumford and Bon Iver.

He’s also been busy writing and finessing the songs for his first album. “Since I can remember I’ve dreamed of releasing my first album, I cannot wait. My favourite artists always released albums, it’s a body of work. It tells a story.”

Premiered on Monday night on triple j’s Good Nights, stream and download “I GOT 3” now and keep an eye out for more Jack Gray to come this year.