“At the other end of the stage, Dzknow (KnowKnow), another Higher Brothers rapper, grabbed a fistful of cash and took aim, sending a flurry of fake bills raining down on the sweaty fans below.”
The New York Times

“So far, [Higher Brothers] have proven they have what it takes to smash through both language and cultural barriers, bringing their unique brand of Chinese rap across to international
markets”
Highsnobiety

To accompany the release of the mixtape, KnowKnow explores his ‘Mr. Right’ persona with his new video for ‘R&B All Night‘. On the track, KnowKnow hits high notes with ease, wistfully telling us about his long distance love in Los Angeles–she can’t be with him all the time, but she’s the reason why he loves visiting the United States. Musically, ‘R&B All Night‘ is a faithful recreation of ’80s R&B, complete with a wailing saxophone smoothly evoking the feels of a love lost too soon. The video leans into the throwback aesthetic, taking us back in time to the 1980s as KnowKnow spends a beautiful sunset with his erstwhile girlfriend on Santa Monica Beach, creating a memory he wishes could last forever. Watch it HERE.

Widely regarded as China’s most accomplished rap group, Higher Brothers is a 4-man group comprised of KnowKnow, MaSiWei, Melo, and Psy P. Named ‘2018 Hip Hop Artist Of The Year’ by NetEase (one of China’s top music streaming platforms with over 600M active users), and hailed by The New York Times as “the current breakout stars of the Chinese hip-hop world,” Higher Brothers have continued to break new ground with millions of views on every music video and profiles with international media like CNN, Vice News, Rolling Stone and Los Angeles Times. They’ve been tapped by household brands, including Adidas, Sprite, GUESS, and Air Jordan (with Russell Westbrook), to represent China and bridge global interests. 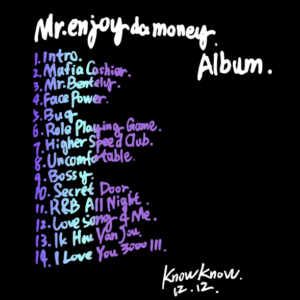