Indonesian vocalist, songwriter, multi-instrumentalist and producer, NIKI releases ‘Lose’, the third single off her forthcoming debut full-length album MOONCHILD, via 88rising, distributed by 12Tone Music. Listen to it HERE / below

‘Lose‘ takes listeners into Phase 2 of the album’s sonic allegory. The single tells the story of NIKI’s turbulent relationship with her creator, ‘The Moon’. Their mystical connection and strong emotional bond make the separation between them a difficult battle. Through ‘Lose’, listeners experience NIKI’s battle betrayal, as she ultimately loses her light as she faces tension for ‘The Moon’ (a representation of NIKI’s heritage and homeland). To complement the single, NIKI has also dropped the music video for ‘Lose’ today. Directed by Tom Teller, the music video highlights NIKI in a physical conflict with her shadow, which symbolises ‘The Moon’. Watch it HERE.

Speaking on ‘Lose’, NIKI states, “Lose is an intimate ballad chronicling the internal dialogue that ensues when one hits a tipping point in a tumultuous relationship. We did it in one take, just me and the piano in a room. Here we see Moonchild speaking to her guardian, The Moon, in a vulnerable moment of
betrayal.”

“While NIKI has gained an international following for her down-to-earth songs and social-media presence, the singer is taking things to another world with her debut album”
Forbes

“NIKI’s sound is more established, leaning on the quippy lyrical intimacy of an artist like Julia Michaels and a Billie Eilish-esque soprano waver”
Teen Vogue 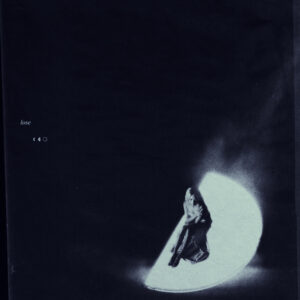 Lose’ by NIKI is out now via 88rising/12Tone, buy/stream it here.

ABOUT NIKI
At fifteen she opened for Taylor Swift. Four years later Complex hailed her as one of 2018’s ‘Best New Artists’.  Now, at 21, Indonesian vocalist, songwriter, multi-instrumentalist and producer Nicole Zefanya, better known as NIKI, crosses a new creative threshold with her first full-length album, Moonchild.  Earning wide critical acclaim since her breakthrough EP, Zephyr, NIKI has cultivated fans around the globe with her expressive voice, personal songwriting and genre-blurring artistry, becoming a vibrant symbol of – and an advocate for – a generation of Asian musical artists. 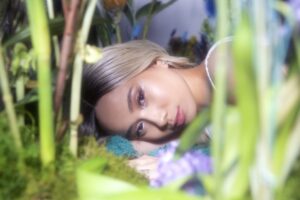 Claiming her place on the charts, from Spotify (e.g., Top Hits Indonesia, Trending Tracks, Teen Hits) to Apple Music (e.g. Today’s Chill, Best of the Week), NIKI has steadily garnered a loyal throng of fans, reflected in 740+ million Spotify streams, over 1.1 million Instagram followers, as well as 214+ thousand YouTube subscribers. With her Indonesian heritage essential to her story, she feels “a social responsibility representing Asian artists, especially as a role model for girls.” For aspiring Asian and Asian American talents aiming to break cultural norms and overcome music industry under-representation, NIKI proves that the highest dreams are indeed within reach.