Following the success of their first album single ‘Underpaid Machinery’, Melbourne-based metal powerhouse FIGURES have dropped ‘Someone Uninvited’, the second video/single drawn from their forthcoming debut album ‘Operating In Unsafe Mode’ – which is available for pre-order now at http://figuresband.com/. ‘Someone Uninvited’ is out now.

With the new album dropping on 17th July, Figures have caught the attention of Daniel P Carter and the BBC Radio 1 Rock Show, as well as Triple J’s The Racket, The Faction, Triple MMM Hard N Heavy, AndrewHaugRadio and Kerrang! Radio’s Alex Baker and been featured on Spotify’s Homegrown & Heavy playlist.

The album’s second single comes a week out from the release of their debut album. The band state that they wrote ‘Someone Uninvited’ at the time that the Australian Equal Rights Marriage plebiscite was taking place, seemingly dividing the country but, as the band saw it, simply irritating everyone involved who just wanted to live their lives the way they wanted.

“Someone Uninvited was a much pulsier and punky song than we had ever written prior, but it was instantly a favourite to both the band and those closest to us, which is why we wanted it to be a single”, comments Figures vocalist Mark Tronson.
“The message in the lyrics – that of standing up to oppression and dehumanisation – are unfortunately always relevant, even more so in 2020. For the video, we felt that the lyrics spoke for themselves and, rather than taking a narrative route, went for something that visually captures the overall sonic vibe of the record.
Extending beyond the confines of ‘Someone Uninvited’, the single’s accompanying video is also a reflection of Figures’ upcoming debut album overall. “Conceptually the record was meant to sound glitchy, static, frantic and very high energy, so that ended up being the basis for the ‘Someone Uninvited’ video, so all those elements are present and people can really get a feel for the full record. We also went for a loose “lyric video” feel, as we decided that we wanted to encourage people to start singing along to our music!” said Tronson.

‘Operating in Unsafe Mode’ explores themes of dehumanisation, isolation and oppression, all through the idea of mass media influence and manipulation. The record was produced by Luke Cincotta and Figures, recorded by Luke Cincotta at Sing Sing Studios and Debasement Studios, mixed by Luke Cincotta, mastered by Forrester Savell and the artwork and cover design is by Will Devereux.

Watch ‘Someone Uninvited’ below 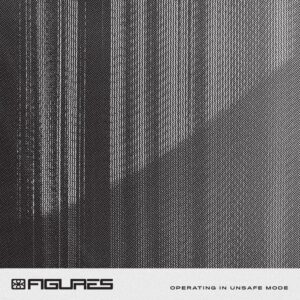