Night Tales wanted to create a single that would delve into a very real emotional encounter, adding, “‘Runaway’ is about the fear and vulnerability of falling in love despite wanting to dive right in. When the critical voice starts to become more present it leads us to self-sabotage and ultimately run away from real love.”

Kamazila and Third Floor have quickly made their mark on the industry, with an impressive 5 million streams across their catalogue in just two years. Their breakout single ‘Move You’ gained quite a following among dance music lovers garnering over 2.5 million streams across platforms. Receiving tastemaker support from Purple Sneakers, Dancing Astronaut, This Song Is Sick, Acid Stag, Run The Trap and the likes of Earmilk, Night Tales sound has been described as, “commanding attention with infectious vocals and an unforgettable beat.” With multiple Hype Machine no. 1s under their belt, the duo have been supported by industry heavyweights around the world, including triple j and BBC Radio 1.

Listen to ‘Runaway’ below

Taking inspiration from artists such as Duke Dumont, Disclosure and RUFUS DU SOL, the duo’s ability to create euphoric dance music earned them the opportunity to support Australian dance mainstay, Hayden James, in Sydney and Melbourne for his 2019 ‘Between Us’ tour. ‘Runaway’ is sure to be another emotion-fueled chapter in the captivating story and growth of Night Tales.

‘Runaway’ is out now via Tinted Records. Official single artwork below 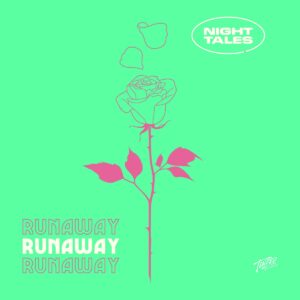