Frontier Touring, I OH YOU and Secret Sounds are thrilled to announce the return of 4x ARIA-nominees and critically acclaimed Sydney trio DMA’S – performing six ‘Unplugged & Intimate’ dates across three nights at Sydney’s Factory Theatre in July/August 2020. The newly announced shows come in celebration of the band’s hugely anticipated third studio album, THE GLOW – released this Friday 10 July via I OH YOU.

Having performed a sold out show at London’s iconic 5,000 capacity O2 Academy Brixton before the world went into lockdown, these new dates are DMA’S first gigs in many months, with local fans scoring the chance to be the very first in the world to witness the band’s latest material live on stage.

In such a challenging time for Australia’s music industry, DMA’S wanted to support a Sydney venue – one they grew up down the road from. And so, DMA’S will perform two shows per night (in a reduced capacity and stripped-back mode) at Sydney’s Factory Theatre on Thursday 30 July, Friday 31 July, and Saturday 1 August. Frontier, I OH YOU and Secret Sounds are working closely with the Factory Theatre to ensure COVID-19 safety standards are met for these concerts. A changeover period will occur between each concert to allow for cleaning of the venue.

Says The Factory’s Sam Nardo: “We are absolutely thrilled to be opening our doors for such a special series of gigs with the DMA’S. This is a one-off opportunity that will no doubt be relished by fans who have waited a long time to get out there to support Aussie music and it’s simply great to be a part of it.”

An exclusive Artist Pre-sale for these shows will be made accessible from noon AEST on Wednesday 8 July (see here for details) for fans who purchase a $9.99 bundle, which includes a digital download of THE GLOW and a signed poster. All profits from this bundle will be donated to the Aboriginal Legal Service (ALS), who do great work fighting for the rights of Aboriginal and Torres Strait Island people in NSW and ACT.

Frontier and Secret Sounds Members will be able to access a Members Pre-sale from 2pm AEST on Wednesday 8 July, before General Public tickets go on sale on Friday 10 July (12pm AEST).

If you caught DMA’S stunning performance of the Crowded House classic ‘Better Be Home Soon’ on Music From The Home Front on Anzac Day, you’ll have gotten a glimpse of the sonic beauty fans can expect from these upcoming performances.

The band’s new album THE GLOW is on track for monumental success, both here in Australia and in the UK, the album was recorded and mixed by Grammy-winning producer Stuart Price (The Killers, New Order, Madonna). First single ‘Silver’ was voted #20 in triple j’s Hottest 100 of 2019 (their 6th consecutive year in the countdown), and DMA’S fastest streaming song to date with 8.5 million+ streams. Huge follow-up song ‘Life Is A Game Of Changing’ was premiered by UK’s Radio 1 in January, also scoring ‘Record Of The Week’ on Radio X. More recently, the band performed a stunning take of the album’s title number on The State Of Music, while just released fan track ‘Learning Alive’ has exploded online, earning coverage from Rolling Stone AU, DORK, NME and Consequence Of Sound.

Their latest record follows on from DMA’S 3-x ARIA nominated 2018 album For Now(which debuted at #7 on the ARIA Album Chart and #13 on the Album Chart in the UK), and debut album Hills End (which featured ARIA Platinum single ‘Delete’ and ARIA Gold singles ‘Lay Down’ and ‘Step Up The Morphine’).

One thing is for sure: DMA’S put on one hell of a show. With these special shows, tickets will not last long, so get in quick! 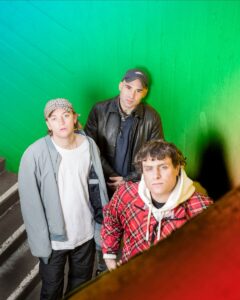 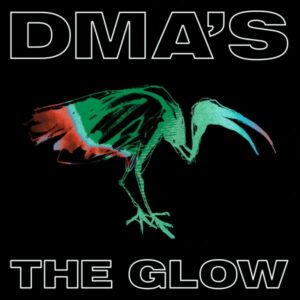 The GLOW out Friday!

Pre-order your copy now for exclusive pre-sale access at mushroomlabelsstore.com