Arguably one of America’s biggest reggae/ska exports, The Aggrolites, have rescheduled their AUS 2020 tour until February 2021.

Their AUS 2020 tour was to happen off the back of a massive European and US tour for the release of their 6th studio album, ‘REGGAE NOW!’ (released 2019).

Due back in Australia for the first time since 2011, fans have to wait just a little bit longer to be greeted by the upbeat blend of 60’s soul, ska and early dub from the Southern-Californian outfit.

Before the COVID-19 pandemic, The Aggrolites had been touring almost non-stop since the release of ‘REGGAE NOW!’, an album that was to break the band’s hiatus since 2011.

While it took nearly a decade to get the Aggrolites back into a cohesive creative headspace, it took a fraction of the time to actually lay down music—the band knocked out all the basic rhythm tracks for ‘REGGAE NOW!’ in one day in early 2018.

It’s been a long time coming for fans of The Aggrolites all over the world, and the band knew they had to come out strong. Their return single and the opening track ‘Pound For Pound’ off the new album features the lyrics: “It’s gonna’ be strong when you wait that long for the aggro sound”.

Watch ‘Pound For Pound’ below

Pound for pound, The Aggrolites will be in Australia for five solid shows from the 24th to 28th of February in Brisbane, Sydney, Adelaide, Melbourne and Perth. 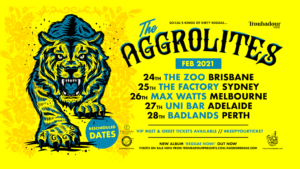 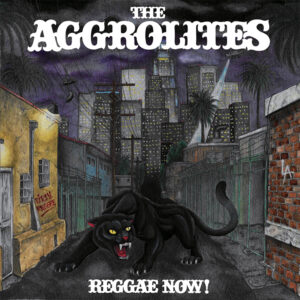