Brisbane based producer du0 makes his debut on Central Station Records with his highly emotive electronic track ‘Number feat. Brandyn Burnette’. The soul heavy vocal samples of Brandyn Burnette are complemented by the always expansive production of du0, involving harmonically rich atmospheric pads that provide melodically interesting moments throughout the track. The progressive nature of the single creates a euphoric aura and accomplishes du0’s goals of creating music that will move you.

Growing up in St Louis, Missouri, Brandyn Burnette has toured with some of the biggest names in the industry such as John Mayer and James Bay, while his track ‘State I’m In’ has garnered over seven million streams. Detailing how the collaboration came to be, du0 explains, “I’ve been a massive fan of Brandyn’s vocals for a few years and had always loved his progressive soul style, that I thought would be perfect on this track. I reached out to him and he really dug the track and the rest was history.”

While the progressive soul vocals of Burnette bring ‘Number’ to life, it is an extremely personal story to du0 that is deep-rooted in the single. du0 explains the meaning of the track, “the lyrics for ‘Number’ are very personal to me, it’s about a relationship that came to an end. Looking back now it had nothing to do with them, it was really due to the dark place that I was in at the time. I was stuck in the monotony of life and had become really numb. I was struggling to feel anything, which put unnecessary pressure on the relationship and ultimately caused it to end.”

In his two years of producing music, du0 has quickly made his mark as both an energizing electronic dance producer, and an emotion-provoking songwriter. Since his debut in 2018, the Australian producer has gone from strength to strength, with his 2020 hit ‘Come Home’’ surpassing half a million streams alone, while his songwriting has earned him an LA Music Award, and gaining recognition as a finalist at the International Songwriting Competition, with judges such as Coldplay and Tom Waits. His music has garnered tastemaker support from the likes of Pilerats, Acid Stag, Cool Accidents, Your EDM and Run The Trap, while Triple J continue to back the multi-talented producer. ‘Number’ is sure to continue the early success in the career of du0. 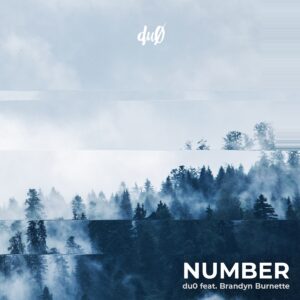 For more info on du0, visit: