IS BACK WITH NEW SINGLE

‘WE DREAM OF RIVER SONGS

Sydney singer-songwriter Matt Boylan-Smith is about to take the world by storm with his stunning new single “We Dream Of River Songs” released on Friday 15th May. This graceful ballad features melodic and striking melodies, accentuated by a steady yet distant drum line. Stirring production drives listeners to a sense of release, where Matt’s vocals soar over the solemn string section, as well as his own warm and subtle vocal harmonies.

Matt Boylan-Smith’s sound is a bit of a stew, with the main ingredients being folk, rock and pop. The piano and vocal-driven ballad has been cooked up with producer Dan Frizza in Coogee over a few days with Matt playing all instruments apart from Violin and Drums, with Matt also collaborating with Lon Lemaster (Toto 4) and Beau Hill (Co-Founder of Interscope Records) in the lead up.

“I wrote ‘We Dream of River Songs‘ as I was discovering some new instruments… whilst dreaming about a magical chance-meeting by the water that I had in a place called Riverhouse,” said Matt. “Things seemed a little easier to me in those moments, and I wanted to try and recapture and manifest that all with the songwriting. With what is currently happening in the world, the song has taken on even more meaning to me, as I strive to hold on to my wonderful memories and manifest new ones.” 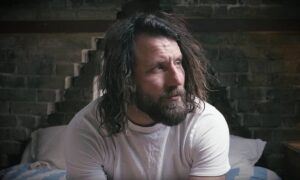 Matt Boylan-Smith A natural story-teller, Matt Boylan-Smith left his home town of Bathurst a few years ago to write, travel the world and tell people his tales.“Boylan-Smith sings every song as though it is his last -full of feeling and with full commitment” -Von Haus Clock, Brake, Germany.

With multiple tours of Europe and a foray into South America, Matt Boylan-Smith has been gathering his experiences to move into a new direction with his song-writing.“Matt Boylan-Smith is a very talented Musician” -Ben Fordham (2GB Radio, Sydney Live)

Matt Boylan-Smith has provided the pre-match entertainment for the National Rugby League and gained national radio play on Triple J with his single We Can Be Together. His film clip for his unreleased track ‘Johnny‘ was recently recognised as the winner of the Madrid International film festival in the best shorts competition. He performed at the 40th anniversary of the Sydney Opera House and various festivals throughout Australia.Matt Boylan-Smith has also collaborated with Alora and Senii (Finland)., providibng the songwiriting and singing.

Watch video ‘We Dream Of River Songs’ below

They have generated three songs and their track “Down by the Ocean” reaching the viral top 30 in both Germany and Finland on Spotify and has over three million streams.He has recently worked with engineer and producer Lon LeMaster (Toto 4, Don Henley) and Beau Hill (Alice Cooper, Winger, Kix, Ratt) on his originals and is currently working with producer Dan Frizza to work on a new ballad for release in 2020.“Matt Boylan-Smith tore up the stage with a spectacular performance at Vanfest” -The Western Advoca 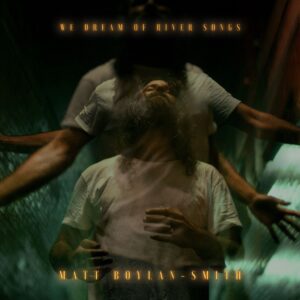