Neighbours in Melbourne’s inner-north, Alice Ivy and Alex Dyson once regularly attended Zumba classes together. Recently Dyson took to hosting his own ‘ZOOMba’ class in lockdown, obliging Ivy with a dedicated performance for this new single. Directed by May Tusler (also behind the dirt bikes from ‘Don’t Sleep’ and filmed in one morning at North Melbourne’s historic Lithuanian Club, Dyson unleashed the ultimate solo. Neither choreographed or rehearsed in advance, the result is a dynamic dance complete with a broom for a partner, a costume change and Dyson’s tradmark jazz hand strut that could rival those in Fatboy Slim’s ‘Weapon Of Choice’.

As a fan and peer, what sets ‘Better Man’ apart on Don’t Sleep for Ivy is its collaboration with Benjamin Joseph. She shares: “Ben is an incredible writer, multi-instrumentalist and producer. He can literally play anything so we were moving around the room picking up as many different instruments as we could and putting them on the track. Ben’s writing style is different to mine, we focused A LOT on the groove and feel of the instrumental before even touching the vocals, I kind of like to focus on getting the song as vibey as possible including the vocals from the get-go. When we were writing the hook we were listening to references and we got onto “The Bee Gees” and Ben goes ‘I haven’t pushed my falsetto that high before’, so we gave it a crack and it stuck!”

“She brings those fleeting summer vibes to life beautifully.”
Gorilla Vs Bear

“Easily one of the most talented in the game, layering samples, melodies and guest collaborators to give this woozy, Avalanches-comparable sound.”
Pilerats

The follow-up to I’m Dreaming, her 2018 AMP-nominated debut LP, Don’t Sleep also features the previously released singles ‘Sunrise (feat. Cadence Weapon)’ and ‘In My Mind (feat. Ecca Vandal)’. Like her contemporaries Mark Ronson and KAYTRANADA, Alice Ivy sits at the intersection of producer and tastemaker. A revered collaborator, she’s equally adept at uncovering new dimensions to those who you thought were well established, household names as she is seeking out and helping to break new ones. For the musician however, platforming new artists and helping new voices to break-through to the mainstream goes beyond just tastemaking.

Between releases, Alice has grown into one of Australian electronica’s most prominent advocates for female producers, putting her in slept with other tireless voices such as KUCKA and Grimes. Through her choice of collaborators, many of whom are female and non-binary, Alice Ivy is working to diversity the sound and look of the traditionally male-dominated studio space – a cause moves forward again throughout her second LP Don’t Sleep, her refined curatorial skills are on full display, as Thelma Plum, Montaigne, Ecca Vandal, Ngaiire, Benjamin Joseph of SAFIA, Odette, Bertie Blackman, Imbi and many more to come together within Alice Ivy’s creative orbit. Read below for album’s complete tracklist. 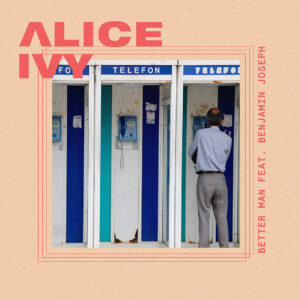 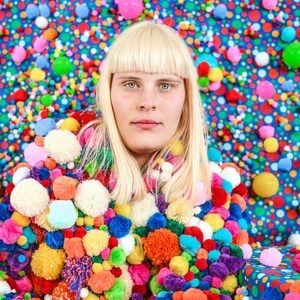