MAKES HIS MARK WITH

Adelaide indie songwriter Josh Kroehn is marking his first release for 2020 in the striking ‘Never Found’. Letting his natural tone and lyrics take prominence, the acoustic driven song is an evocative release from the young artist, who is continuing to define his creative identity on record.

With influences ranging from Ben Howard to City and Colour and Bon Iver, it is clear that Josh Kroehn holds particular focus when it comes to articulating his songwriting in an especially emotional way. Previous releases have praised Kroehn for his musicality as a guitarist and depth as a songwriter, while ‘Never Found’ is showing maturity in his output.

Recorded at Island Studios in Adelaide, ‘Never Found’ came together at the end of last year, documenting personal change and realisation. Releasing this music in a period of lockdown and forced self-reflection, Kroehn acknowledges the significance of the song to him now. “I’ve found that the more I stay true to myself, the less involved I feel in certain relationships and friendships. I feel like in the past, I’ve tried becoming something I’m not in order to keep people happy, which I don’t want to do anymore as it took its toll on my own happiness.” Josh Kroehn

‘Never Found’ is one of the songs that Kroehn has incorporated into what will become his debut album, which is starting to take its final form. Until then, Kroehn is using this opportunity to introduce himself to more listeners and preparing for post lockdown music and touring opportunities. Along with the release of his new single, a music video for ‘Never Found’ accompanies. “The music video was directed, filmed and edited by myself. It tries to tell the story of how times have changed and I am a different person now, who perhaps was never a different person at all, but rather was led by a desire for acceptance.” Josh Kroehn 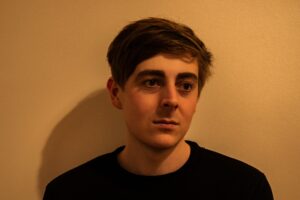 “The Adelaide based musician crafts rich, textured rock tunes that stretch out far beyond any particular genre…”
Happy Mag 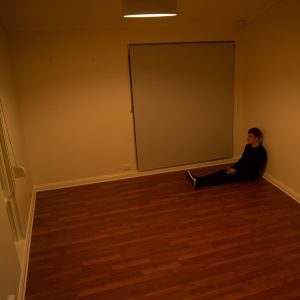