Glass Tides are a five piece Emo/Rock group from Adelaide, Australia. Wasting no time establishing themselves nationwide, supporting artists such as Thrice, Circa Survive, Spidserbait, Body Jar, Young Lions and plenty more. The groups unique mix of heavy/emo music accompanied by the passionate and raw vocals has ignited excitement around the world upon there establishment in late 2017. Along the way the group has released two critically acclaimed EPs. Thoughts (2017) & My Descend (2018), and will be dropping their debut full length album in January 2020

​”The fire and ice in this track is nicely balanced. You’ll have your arms splayed out and ready to soar with it.” ​Dave Ruby Howe​, ​Triple J

“So lush, so anthemic, I love this so much.” ​Celline Narinli, Triple J

Glass Tides are drawing similarities to Bring Me The Horizon, The Used and Emarosa and new single Sympathy serves as the perfect taster ahead of the release of the band’s full-length album, set for release on 17th January 2020. Featuring nihilistic yet scintillating emo-pop, the track serves as the perfect anodyne to the existential disillusionment of today.

“It takes on a soft rock vibe, really focusing on the lyrics,” said the band. “Bringing out the most horrible thoughts you could think of yourself while in a dark place, but then still having hope that you are able to be whoever you want to be”.

With their first two releases of 2019 both receiving triple j airplay, almost 40,000 YouTube views and 100,000 Spotify streams combined, Glass Tides are cementing their position at the forefront of Brisbane’s pop punk scene. 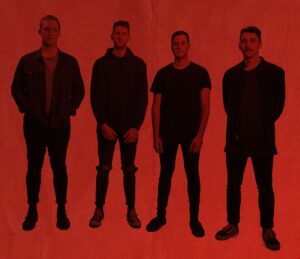