Hot off the back of winning the prestigious Grant McLennan Fellowship in 2019, beloved Aussie rocker Jack Bratt has today announced his brooding new single Spades, a study in over-thinking, out now, and accompanied by an intimate live video.

Spades is a dark, moody track, and will be an exciting release for fans of anthemic legends The War On Drugs, Kingswood, Holy Holy, The Rubens et al.  Expert guitar reigns throughout, while Jack’s unique, cutting vocal sits within the bed of sound, with sharp, affecting lyrics.  Speaking  of the inspiration behind the track, Jack explains, “I’m a classic overthinker, and Spades is a bit of a snapshot of me over-analysing everything.  It’s a lot about comparing where I’m at in my life to my friends and family, thinking about whether or not I’m where I should be compared to, say, when my parents were at the same age.” 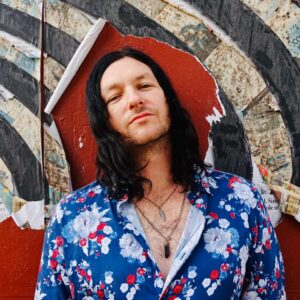 Such a close, vulnerable track requires careful treatment when it comes to live performance, and the accompanying video for Spades will give goosebumps to anyone who presses play.  Directed by Clint Lewis of Red Tape Pictures (Tim Rogers, The Church), the black and white, artistic video depicts a solo rendition of the track, which allows Jack to accurately portray the significant nature of the subject matter in this song, as he says, “I just wanted the video to be simple.  Playing this song solo, not in a band setting, is a pretty vulnerable thing.  When I walked into the room for the first time and saw the pillars and the stained-glass windows, I knew it was going to be perfect for the song.”

Jack Bratt, who still hopes to head to New York City in June for a three month artist residency thanks to his recent Grant McLennan Fellowship accolade, also holds high hopes that he’ll be able to play a run of intimate shows while over in the US.  With a lot of uncertainty around Covid19, Jack’s plans are a little up in the air, but he’s got a great attitude about his year ahead, enthusing, “While this is obviously a pretty distressing time for all of us, I’m using the time wisely by writing a lot of music which I’m  excited about. And I’m planning on still heading to New York as soon as the travel bans have been lifted.”

Spades is out now!