23-year old Zachary Leo (Melbourne/Naarm) unites deliciously grooving disco funk vibes with modern pop structures in ‘Can’t Get Enough’. The Michael Parisi mentoree has honed his signature sound, bringing all the good vibes to wash away the tensions of life.

His musical mixture of wah guitars, exciting bass lines, and airy synths has seen him score multiple spins on triple j as well as high praise from triple i’s own Tyrone Pynor who described his 2021 track So Good as being “As the title suggests – So Good.”  proving that Zachary Leo has his finger directly on the pulse of the discerning Aussie ear.

In a similar vein to super groovers Supathick, Parcels, Frank Moody and Two Another, Zachary Leo carves out his own unique sound with sumptuous soundscapes and decadent melodies. 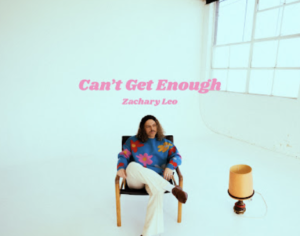 “I like to think of my music as a vintage sound with a modern pop structure, taking influence from genres like Funk/Soul/Rock & Pop. There is strong emphasis on melody and groove as well as lots of wah guitar, driving bass lines and airy synths.” Zachary Leo

“The song speaks about being addicted to something that isn’t good for you and constantly wanting to distance yourself from reality, something that I found myself doing a lot over the past few years. A lot of my music tends to relate to what is going on inside my head, whether that be happy feelings or feelings of sadness. There are also frequent links to mental health which is something I feel very passionate about sharing with the world, so that hopefully others can feel they aren’t alone in their struggles.” Zachary Leo 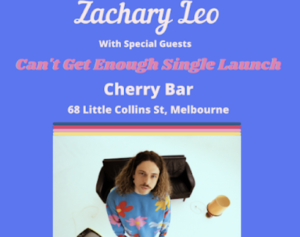 “Within the 3 minutes and 31 seconds of this track you’ve taken me through 3 different sounds! Those vocals on show within the first minute, backed by funky production in the second minute and all in the lead up to what is a triumph final minute with the guitar solo and vocals packed with soul. As the title suggests – So Good.”

“Zachary Leo’s latest (extremely impressive) effort has hit us straight in the feels.”

“Heart on the sleeve stuff from Zachary Leo.”

“I wonder what it’s like being stuck in a different era? I love his whole vibe honestly.”

StayConnected With Black Of Hearts