TO LIBERATION RECORDS AND

Following on from the release of her debut single ‘Donnie Darko’ in July and an alluring remix from Manchester quartet Porij last month, Sydney-via-Moruya local Yen Strangetoday releases her new single ‘Go Away’. The song lands alongside the good news of Yen Strange’s signing to Liberation Records and Mushroom Music Publishing globally.

‘Go Away’ highlights a different side of the multi-talented writer, singer and producer, who transforms sadness and angst into a shimmering, instantly-likeable emo-anthem that showcases her many musical influences. Yen’s memorable lyrics explore relationships and the speed at which feelings can shift, and are amplified by a clever hip-hop, pop-punk and trap inspired beat. The song arrives with a comic book style video from the team at We Made A Things Studios.

“You know when you think people will be there forever then one day you just don’t think that anymore. It’s so hard when things change. I don’t feel as sick to my stomach anymore when I think about it but I still agree with what I said when I wrote this. There’s those people that you just want to waste every day with, and for a while you do, then one day it’s just not what it was anymore. I don’t want to see them, not because I hate them, but because I’d rather run from those old versions of myself.” – Yen Strange

Of the signings, which will now see Yen represented by Liberation Records and Mushroom Music Publishing for the world, she shares:

“Can’t believe I’m writing this but I’m over the moon to say I’ve signed to Liberation Records and Mushroom Music Publishing! Little small town me would be so amazed and confused, she’d probably say “how does being signed to a label even work?” But basically I have a lot of people who now support everything I do. My voice, my songs, my vision. The teams at Liberation and Mushroom Publishing really know what they’re doing as far as pushing an authentic sound and image of me out into the world and I couldn’t be happier to make a start in the music industry alongside such humble and quirky people.”

Damian Slevison, Managing Director at Liberation Records mirrors Yen’s excitement:
“We’re thrilled to be welcoming Yen Strange to the Liberation family. She really is a multi-faceted tour de force with such a strong vision across her writing, production and audio visual spheres. It was her intensely clever and evocative story telling that hooked us from the first listen and we can’t wait to share a steadily growing collection of superb songs with the world.”

As does Erol Yurdagul, Head of A&R and Creative at Mushroom Music Publishing:
“Yen has such a unique point of view, wit and turn of phrase that shines through in her song writing, which we fell in love with immediately. We are so excited to be a part of her team guiding her growth as a writer and an artist.”

Yen Strange bravely introduced herself to the world with ‘Donnie Darko’, which highlights past experiences of depressive, mundane cycles and battling her inner demons.  The popular debut quickly caught fire, winning support from the likes of Paper Magazine, Nylon and NME, and racing to 150k streams on DSPs in a matter of weeks, with playlist adds including Spotify’s Indie Pop, Pop Sauce, Fresh Finds and Apple Music’s Alt-Pop, New in Indie and New in Alternative.  ‘Donnie Darko’ was later given a workover by UK buzz band Porij, who turned the song from an introverted indie anthem to a breakbeat-driven, alt-electronic banger.

Growing up in small towns was a blessing and a curse for Yen. In an attempt to distance herself from cliques at school – where she struggled to fit in – she’d seek solace in the music room on her lunch breaks. She had fostered a serious interest in music from the age of seven, studying piano and honing her vocal skills by singing along to songs on the radio in her dad’s car. (Singing lessons didn’t work out; she didn’t want to sing the ‘proper way’.)

At the age of 16, Yen moved from her hometown of Moruya to the larger Wollongong and started playing in local bands, but found her walls crashing down as the aspirations of her bandmates never quite seemed to sync up to her own.  She began to hit roadblocks and experience spirals and depressive episodes, eventually hitting rock bottom and having a breakdown. Despite the hurdles though, Yen persisted and started to pen tracks that she could be proud of, on her own. Now living in Sydney, proudly signed to Liberation Records and Mushroom Music Publishing, and armed with a whole swag of new music to release, the future is finally starting to look bright. 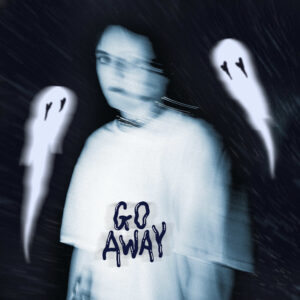 Out now through Liberation Records