Melbourne’s up and coming pop prodigy Winifred is delighting us with her new single  “Into the Night” today . “Into the Night” is a gently melodious track rich with Winifred’s warm angelic vocals.

LISTEN TO “INTO THE NIGHT” HERE

“Into The Night is about the nuance of power struggle, establishing yourself and retaining your integrity,” said Winifred. “It’s about finding the balance of remaining open minded in seeking common ground but knowing where to draw the line, not allowing yourself to become intimidated as you navigate your way. The introspective struggle unfolds throughout the verses, confidence begins to stir in the pre chorus and then bursts into a newfound freedom when the chorus hits.”

Originally from North Queensland the now Melbournian Winifred is putting her own quirky spin on modern pop. Amidst her notable achievements in 2020 Winifred was the co-writer for  “In My Mind” with Alice Ivy, featuring Ecca Vandal which was featured in a global Apple ‘Shot on iPhone’ ad campaign in August, rose to #1 on the U.S. Shazam Discovery Chart, added to high rotation on Triple J among others successes. 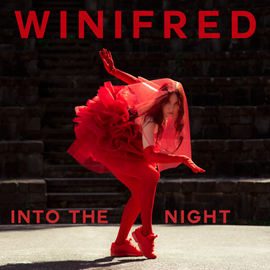 “Into The Night” is available to stream on all platforms now.