Acclaimed Australian singer-songwriter WILLIAM CRIGHTON today unveils scorching new single ‘Your Country’, his first new music in two years and the first taste of his forthcoming third studio album, due for release in 2021.

To celebrate the release, William adds dates to his already-announced tour across New South Wales through September and October. Beginning with a sold-out show at Lismore’s NORPA this evening, the tour will see William strip back his live show for a series of raw, intimate solo performances.

Tickets are on sale now and information can be found at williamcrightonmusic.com

Recorded with ARIA Award-winner William Barton on didgeridoo, ‘Your Country’ gives furious voice to a country under siege with gripping feeling and conviction. 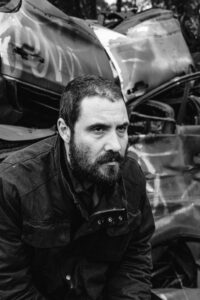 Recorded at Christian Pyle’s Byron Bay studio and produced by William’s long-time collaborator Matt Sherrod (Crowded House, Beck), who also plays drums on the track, ‘Your Country’ is an urgent call to action.

“The land is just being sold off, killed, poisoned, damaged,” says Crighton.

“The water’s being auctioned to the highest bidder or poisoned, the land’s being cleared constantly. I think everyone knows in their gut that it’s time for real change. We live on a special planet, obviously it’s our only home. It doesn’t belong to us, we belong to it. We have a responsibility to country, each and every one of us.”

Since the release of his 2016 critically acclaimed self-titled debut, William Crighton has established himself as one of Australia’s foremost contemporary songsmiths and performers. Darkly majestic follow-up Empire (2018) was named Album of the Year by Hoodoo Gurus’ Dave Faulkner in the Saturday Paper, while Midnight Oil drummer Rob Hirst has sung the praises of Crighton’s deeply resonant, ineffably Australian vocal delivery.

Crighton has cut his teeth touring with music icons like the Beach Boys, the Temptations, Lukas Nelson, Missy Higgins, Dan Sultan and more, and has showcased at BIGSOUND, Canadian Music Week and New York’s Mondo Music Conference among others. He was a firm highlight at this year’s APRA Music Awards, when he delivered a stirring rendition of 5 Seconds Of Summer’s ‘Teeth’, and was one of only twelve Australian artists selected to take part in the new Global Music Match international artist promotion program.

Watch ‘Your Country; below