Soothsayer are excited to share Willaris. K’s new single ‘Slow Down’, an eerie slice of electronica fit for the return of Australia’s reigning prince of techno. The Northern NSW producer’s first single in two years, ‘Slow Down’ comes with an official video directed by Bonnie Moir (The Reel Good Film Festival winner) designed to leave you on the edge of your seat.

Combining the crisp industrial yet cinematic production Willaris. K is renowned for with an atmospheric two-step beat and a haunting top line, ‘Slow Down’ builds tension through sparsity and distortion. The track is a masterclass in sonic storytelling.

Created in Willaris. K’s Collingwood bedroom studio with friend/collaborator Tom Snowdon (No Mono, Lowlakes), ‘Slow Down’ was born out of late-night sessions that leaned into the “weirder sounds”.

Willaris. K says: “Slow Down has been a bit of an escape for me. It’s the song I’ve been most drawn towards working on when things were feeling heavy, because it existed in a place outside of the live show – where my music usually existed.

“I remember we were working on music not really getting anywhere, went to the pub for a beer then came home and started playing around with a weird beat with a weird vocal which became the start of Slow Down. It existed as a minute long loop for a while but every time I came back to it, it grabbed me. Tom recorded a bunch of vocals and it just sat on my laptop for a while, at the time it stopped before the last section and I always saw it as some sort of interlude but whenever I came back to it grabbed me.”

Featuring actor Thomas Weatherall (RFDS, Heartbreak High), the unnerving video for ‘Slow Down’ was inspired by a conversation with director Bonnie Moir, producer Sarah Marcuson and cinematographer Max Walter, where Moir says they “wanted to create a visual world that spoke to the genius of Jack’s [Willaris. K] sound, something that drew upon and augmented what he’s doing musically.”

“The idea is centred around a young man’s descent into madness. The young man, played brilliantly by Thomas Weatherall, enters a living nightmare brought on by delusion and paranoia. We wanted to create a sense of dread and foreboding, hinting at a menacing presence that lurks behind the thin veneer of civility. It was such a pleasure working with Jack on this video.”

‘Slow Down’ marks the first taste of new music from Willaris. K since the release of his LUSTRE and FULL NOISE EPs in 2020, which were met with praise from BBC Radio 1, triple j, Mixmag, The Guardian UK, and Beats 1, Stereogum, NME and Earmilk, among other global tastemakers.

More recently, Willaris. K has created thumping official remixes for Grammy-nominated artists Flume and RÜFÜS DU SOL and has dipped his toe in the world of film and TV, scoring the trailer for HBO series ‘This Is Love Life’ and working on a new US TV series alongside Alex Somers (Sigur Ros producer, Black Mirror composer).

‘Slow Down’ marks the start of a new chapter for Willaris. K, as he continues to grow and evolve as one of Australia’s most exciting electronic acts. He will be returning to live stages around Australia very soon. 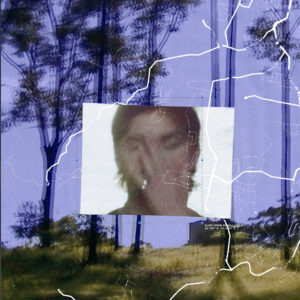 PRAISE FOR WILLARIS. K“Willaris. K feels like one of the most significant artists to emerge in the electronic music scene in recent years” – triple j “He has already got something that is really hard to attain. If I listen to an hour of music that was kind of similar to his melodic techno, when his track comes on, I would know it was his” – Pete Tong, BBC Radio 1 “Displaying a serenity redolent of Brian Eno and William Basinski” – The 405 “A sonic clarity that most producers could only dream of replicating” – DJ Mag “Willaris has emerged as a newfound titan of Australian tech doing something unlike anyone else in the country” – Pilerats