VOLUMES have unleashed their new album Happier? out to the world, and it’s their most dynamic release to date. The album takes the listener along for a sonic thrill ride from start to finish.

Get the metallic juggernaut here.

The band celebrates the release by dropping the new track, Void. Listen to the song, which clocks in at under three minutes but still packs a ferocious punch and is heavier than granite, here.

“Void goes into the anxiety ridden, paranoid mindset,” vocalist Michael Barr says. “I struggle from anxiety with overthinking situations to the point where it can be detrimental. I think everyone in 2022 has some form of anxiety due to the complex nature of the world as we know it. ‘Void’ explores the narrative of self-help, whether that’s a positive or a negative. Where do we go? What do we do when we are feeling these pressures and anxieties as a society.”

Volumes entered the scene with 2010’s The Concept of Dreaming EP, gaining momentum with Via [2011] and No Sleep [2014] before serving up Different Animals in 2017. The latter boasted the fan favourite Feels Good, which racked up over 10.9 million Spotify streams. Following the Coming Clean EP, Volumes delivered a one-two punch with holywater and Pixelate during the 2020 COIVID-19 pandemic lockdown. 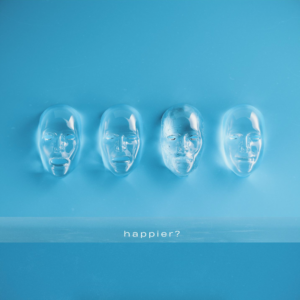