Produced, mixed and mastered by Lance Prenc (Alpha Wolf, Polaris), the lead-up to ‘Subvert’ has seen the release of two brutal singles. The first single “Cryptex” uncovered a physical campaign launched to seek answers, more information at KillYourStereo, before the band joined forces with Gravemind‘s Dylan Gillies-Parsons on the second offering, “Bloodlust“.

Featuring on Tone Deaf socials on its day of release, “Bloodlust” was added to Spotify’s Homegrown + Heavy playlist, made Music Feeds ‘Favourite Tunes Of The Week’ list, both singles have had airtime on triple j‘s The Racket and have solidified the band as ones to watch.

Recently Maniacs hosted an exclusive stream of “Bloodlust” and spoke to vocalist Masa Myer on the ideals behind the bands first extended release, “the themes that are explored … are used to highlight and question our way of thinking about the different paradigms that govern ourselves and the world, with the hope that it allows us to progress together with a greater understanding and compassion for each other.“

To celebrate Villa Morta’s release, the band are hosting a free listening party for ‘Subvert’ on Saturday July 31 at Melbourne’s The Workers Club.

Josh Morrissy (vocals), Masa Myer (guitar/vocals), Tom Clarke (drums) and Thomas Campbell(bass) are the quartet that make up Villa Morta. Villa meaning house and Morta meaning death, signifying in this sense a spiritual home and a place we find ourselves when we die. The members have found inspiration and influence through a fascination with the mysteries of life.

Villa Morta intend to continue exploring these themes and ideas in their message and vision, while in conjunction pushing their musical sound into new territories. 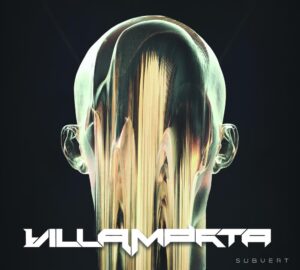