After two brutal singles have been welcomed into the world,  Vilify’s hard-hitting debut EP, ‘Clarity’ is finally released.

Vilify released “Habit” and “Deadweight” in the lead up, both proving to be a searing introduction to the brand new melodic hardcore trio. “Habit” premiered at triple j Unearthed, had subsequent plays on triple j’s Short. Fast. Loud directly after and was one of Unearthed’s Top 5 of the Week on release before being added to Unearthed rotation the week after. Alternative Press included the single in their ’50 New Artists You Need To Hear In November’ piece, reviewing with: “Cutting screams accompany haunting guitar riffs that make you feel as if you’re in a foggy dream.”
Deadweight” premiered at TheMusic and followed on where “Habit” left off. “Habit” is about addiction – to drugs, to alcohol, to unhealthy behaviour and to being consumed by toxic situations and people. “Deadweight” is about friendship and discovering peoples true colours. “Deadweight was described as “impressively crushing” by HEAVY Mag, ” and “rough as f*ck and sure to be a new fav for any hardcore fans out there” by Wall Of Sound

Check out some early reviews below:

“A journey laden with sharp thematics and virility, the debut EP Clarity from Newcastle trio Vilify is a masterclass in melodic hardcore at the hands of some supreme local talent.” The Soundcheck

“This is a solid slab of melodic hardcore that really wastes no time getting down to business. Where many of their peers may choose to establish a mood or a vibe with an intro of some sort, here they just tear open a pit and throw you in it. Sick. “My Indie Australia

“This EP only lasts a short time, but its a f*cking a good time!”
Wall Of Sound
“Listening to ‘Clarity’ was like being that one unsuspecting fan who would never jump in a pit at a gig but insisted on being up against the stage during the gig then getting that kidney punch as they get sucked up into the pit behind them, that is how intense this release is.“
Yesterdaze News Magazine
“If that’s a taste of things to come, Vilify are definitely a band you want to keep your eye on” Short. Fast. Loud
Vilify is Amy McIntosh (The Beautiful Monument, Liberties) on vocals, Kieran Jackson(SETMEONFIRE, Liberties) on drums and Deni Hourihan (Cold Era) on guitars. The trio formed as a group of friends who met within the local heavy music scene and connected over shared interests and musical direction.
Together Vilify have been sharing influences and developing their ideas and sound in preparation for the launch of the ‘Clarity’ EP.  The first two singles represented the essence of ‘Clarity’ with its overall theme of self worth. The next chapters explore a diversity in sound and emotional perspective.
Vilify’s debut EP ‘Clarity’ is out now and available on all streaming platforms and digital stores. 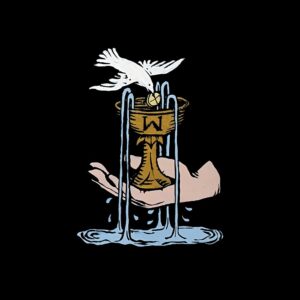