UNFD’s resident genre-bender, Up Late, has penned the theme song for the upcoming Fortress House Cup. In true Up Late fashion, the single, titled ‘TIDAL WAVE’ is grandiose, anthemic, and built to be blasted through arena speakers.

For the uninitiated, Fortress Melbourne, stationed out of Melbourne’s Emporium, is a first-of-its-kind venue that melds gaming, pop culture, entertainment and food & drink. Launched in 2020, the team behind Fortress Melbourne are no strangers to the music business, including CEO and co-founder Jon Satterley, who established Roadrunner Records in Australia in the ’90s.

With a deep appreciation of the relationship between music and video games, Fortress Melbourne decided the tournament needed an epic anthem for fans and players and put the call out to UNFD to find the right artist for the venture. For Up Late, it was indisputably “the perfect challenge”.

“We knew we needed something bad ass and exciting to represent Fortress,” says Satterley. “Hearing ‘TIDAL WAVE’ (Fortress Theme) for the first time I knew we had something special on our hands. I couldn’t take the smile off my face – it’s killer! Huge, anthemic chorus, lyrics that speak directly to gamers and a buzzy little guitar solo. What’s not to like? Up Late did a fantastic job creating a record that mirrors the excitement and fun of Fortress.”

From Fortress House Cup (the venue’s flagship event series), to the weekly Dungeons & Flagons sessions, ‘TIDAL WAVE’ encompasses the whole of Fortress Melbourne’s ethos and will no doubt mark an anthem for gamers everywhere. 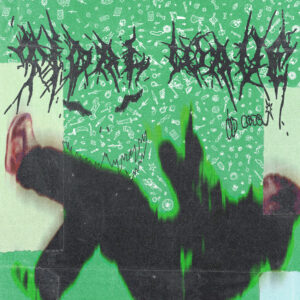 Speaking of the creation of the track, Up Late shares his desire to mirror the connection that both the music and gaming worlds ignite:

“I remember staying up late (no pun intended) night after night playing Runescape, Mario Kart & Pokemon. That camaraderie you share with people who might be on the other side of the planet is something really cool and interesting that many people don’t get to experience if they’re not into games. I found myself back gaming during the pandemic. It gave me something to focus on, a quest or a journey, a purpose. It was a way I could connect with people no matter how fucked up or negative the outside world was.” 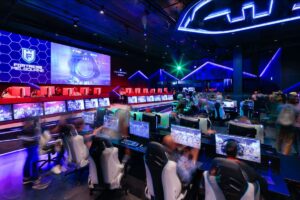 About Up Late:
Up Late – AKA the moniker for Wollongong singer-songwriter, producer and visual artist Max Pasalic – marked the first solo project to join the UNFD roster after his signing in 2020.

After debuting the project with a knockout entry into triple j’s DIY Supergroup comp in May that year, Up Late  scored an honourable mention among 900+ other entrants, a nomination as one of the “10 most exciting discoveries of 2020” by triple j and nods from local music media including Pilerats, Music Feeds, MILKY, Blunt Magazine, Depth + more. Many may remember Max as the lead singer of heavy act After Touch, who released various outputs on UNFD in 2017/18, while he also has credits producing for various local and international rap and hip hop artists including the likes of BONES.

In December 2020, Up Late’s work culminated in the release of the ‘STARS’ EP, a complete flex on this project’s flair for unusual genre blends. Stream the EP here + listen to the new single ‘TIDAL WAVE’ now.

Connect with Up Late