Fresh from the announce of his new label home, Up Late is announcing his forthcoming EP ‘STARS’ will be released on Friday December 18, alongside the reveal of new cut ‘Fuck You’ ft. Hearteyes today.

The moniker for Wollongong singer-songwriter, producer and visual artist Max Pasalic, Up Late’s latest single features fellow Wollongong artist and longtime friend Hearteyes. Leaning heavily into his flair for alt-rock, Pasalic explains that ‘Fuck You’ is a response to rules and routine and  embodies the DIY ethos both artists hold close to their chest.

“Fuck You is our chance to literally say fuck it to the rules and parameters placed on artists and creators,” he says, adding that this track marks the first “rock song” in the purposefully genre-less Up Late project.

“When I originally wrote this it was just four guitar chords because I honestly suck at guitar. That’s the DIY hardcore attitude – ‘who cares if I can’t play guitar? I can play four chords so fuck it that’s my song’.

“Hearteyes dm’d me after hearing ‘Friends’ and we started re-connecting. I showed him ‘Fuck You’ and he saw the vision immediately and came into the studio the next day with a Chrome Hearts trucker and a tote bag full of beer and tracked his verse in 10 minutes. He’s got true chaotic energy, he’s the human embodiment of relentless creativity.”

In September Up Late marked the first solo project to join the UNFD roster. The upcoming ‘STARS’ EP will mark a complete collection of Up Late’s previous singles from 2020, and feature a reimagined version of his celebrated triple j DIY Supergroup submission ‘Like This’.

After debuting with his comp entry in May, Up Late scored an honourable mention among 900+ other entrants, a nomination as one of the “10 most exciting discoveries of 2020” by triple j and nods from local music media including Pilerats, Blunt Magazine, Music Feeds, MILKY, Depth + more.

Backing it up with inimitable singles ‘FRIENDS’,  ‘u left me on read’ and ‘Alone’, Pasalic continues to flex on his flair for unusual genre blends. Many may remember the 24 year-old as the lead singer of heavy act After Touch, who released various outputs on UNFD in 2017/18, while he also has credits producing for various local and international rap and hip hop artists including the likes of BONES. 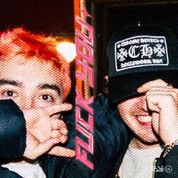 ‘STARS’ EP is out Friday December 18 via UNFD. 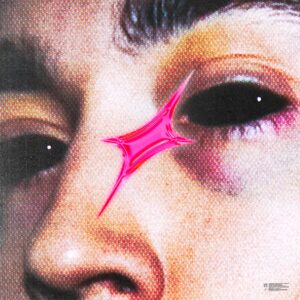 CONNECT WITH UP LATE