Melbourne alternative rockers To Octavia have shared “COCO MOJO” as the final video and single from forthcoming EP, ‘Somewhere In A World, Not Of The Dream’, out next Friday July 16.

“COCO MOJO” storms into the limelight with its soaring highs and manic lows. Produced mixed and mastered by Chris Lalic (Windwaker, The Last Martyr, Days Like These), the track is about love in lockdown and staying positive throughout the disaster that was 2020.

The new single radio premiered at triple j Unearthed Wednesday night and Hysteria Mag hosted an exclusive interview and video stream yesterday where the band commented on their exciting new direction with ‘Somewhere In A World, Not Of The Dream’: “We have rock, pop and electronic influences. Genres limit new bands. We did anything we wanted on this EP. If it sounded good, we stuck it in. We wanted our genre to be To Octavia.”

Triple j Unearthed’s Dave Ruby Howe added to the “COCO MOJO” hype with a stellar early review: “I need you to know how huge To Octavia’s tracks have been sounding lately. It’s like a mountain sprung up in your backyard. Huge stuff with hulking riffs and even bigger hooks.”

To Octavia announced their own headline show to celebrate the release of “The Sound Of The Rain” and to showcase their new sound. The Motion Below and The Last Martyr will play support for the band at Cherry Bar. The show has been postponed to fit with Victorian restrictions, with more details to be announced soon. Later in the year the band will cross borders to join the stacked Halloween Hysteria lineup to play Brisbane’s Mansfield Tavern alongside Spiderbait, Mammal, King Parrot, Clowns, Gravemind, RedHook and so many more. Tickets available via Oztix.

“The Sound Of The Rain” lead the way for the bands sophomore EP, making its debut on triple j Unearthed TOPs. Shortly after premiere the track was added to Unearthed rotation, received a number of rave reviews on the band’s Unearthed page, has been played on multiple triple j shows and was recently added to triple j rotation. On top of all the triple j love, the track made its television debut on Channel 7 Friday Night Football (Richmond vs Brisbane Lions) and has cracked tens of thousands of Spotify streams in just a few weeks. 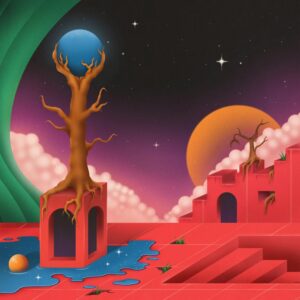 Following suit, second single “Sleep” video premiered at Blunt Mag, where the band outlined their influences behind the upcoming EP. Blunt Mag highlighted that To Octavia “put on display the fact that diverse influences breed the best kind of metalcore, which the band proves.” “Sleep” made its way into Music Feeds ‘Favourite Tunes Of The Week’ and the band once again made their way onto the big screen with a spin on Channel 7’s Friday Night Football.

To Octavia is an Australian alternative metal group consisting of vocalist Merry Kirk-Holmes, guitarists Molly Congreve and Justin Keurntjes, and drummer Lucas Keurntjes. The band started in mid-2018 with the release of their debut single “After All”. Then in early 2019, they dropped their debut EP ‘Nocturnal’ which garnered attention from Alternative Press who commented: “the band prove that metalcore is alive and well.” 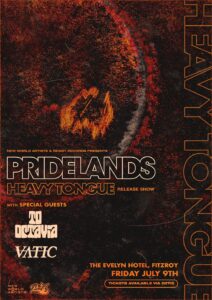