‘Misericorde is a record that would be as comfortably at home in 1994 as it is in 2021. Lead singer Caleb Karvountzis’ distinct vocals skip and trip over solid, droning guitars and floating drums, a partnership that lends itself to another beautiful release from the Melbourne quartet.’ – STACK

Ivy League Records is proud to release Tiny Little Houses’ long-awaited second album, the brilliant Misericorde – out everywhere today! Presenting a collection of fuzzed out yet intricate indie rock songs, on Misericorde, singer, guitarist and chief songwriter Caleb Karvountzis lays his interior life bare and takes an unflinching look at the world around him, pulling no punches in the process. The 13-track record – featuring singles ‘Smartest Guy’, ‘Richard Cory’ & ‘Take A Swing’ –  was produced and mixed by long-time collaborator Steven Schram, and is the sound of a band throwing everything in their collective arsenal at an album, unafraid to push their sound into new territory. To coincide with the release, Tiny Little Houses have dropped the video for album standout ‘Cold Showers’, offering fans a rare and raw behind-the-scenes glimpse into their recording process.

The Melbourne quartet’s cult-fanbase are invited to celebrate the release of Misericorde on their 2022 headline tour, which also includes dates from 2021 that were postponed due to COVID. The run will kick off with a sold-out show in Sydney on Wed 23 Feb (The Lansdowne), ahead of a second Syd show at Oxford Art Factory on Thu 24 Feb, a hometown show in Melbourne at the Corner Hotel on Wed 2 Mar before finishing in Brisbane at The Brightside on Fri 11 Mar.

It wouldn’t be a Tiny Little Houses release if it didn’t bristle with a heartfelt intensity and Misericorde is no exception.  Written in a period where Karvountzis was testing himself with cold showers and long stretches of fasting – “Just trying to be like a monk and find myself and some peace again,” he says – don’t expect a re-run of the themes that preoccupied the band’s much-loved debut, Idiot Proverbs. This time around, Caleb and his bandmates – guitarist Sean Mullins, drummer Clancy Bond and bassist Al Yamin – have bigger fish to fry.

It’s not just lyrically where Tiny Little Houses have broadened their scope this time around. Misericorde is also the band’s most collaborative effort yet. The writing of the album saw the band trading riffs and song ideas more than ever before. “I’ve definitely grown to trust the band a lot more in terms of song-writing. I used to be a bit stubborn and not into collaborating that much. But now I really know the boys’ strengths in terms of songwriting,” he says. “Al has a knack for arranging and how songs have to have ebb and flow. We also discovered he has this really good, pure emo voice that’s been heaps of fun to write parts for (see ‘Cold Showers’ for proof). Sean is a really good melody writer for guitar parts and instrumental parts. Clancy is a weirdly good lyricist and he has a knack for pushing me to come up with better stuff as well. He’s not afraid to just say, ‘I reckon you can do better’.”

Recorded in three, five-day sessions at Melbourne’s Sing Sing studios – considerably different to the log cabin where they recorded Idiot Proverbs – it was the first time the band had spent so long making an album and it allowed them the mental space to create the kind of expansive record they’d envisioned. Taking that extra time, while also challenging and trusting each other, has paid off in spades across all the album’s 13 tracks. 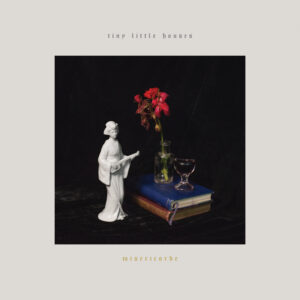